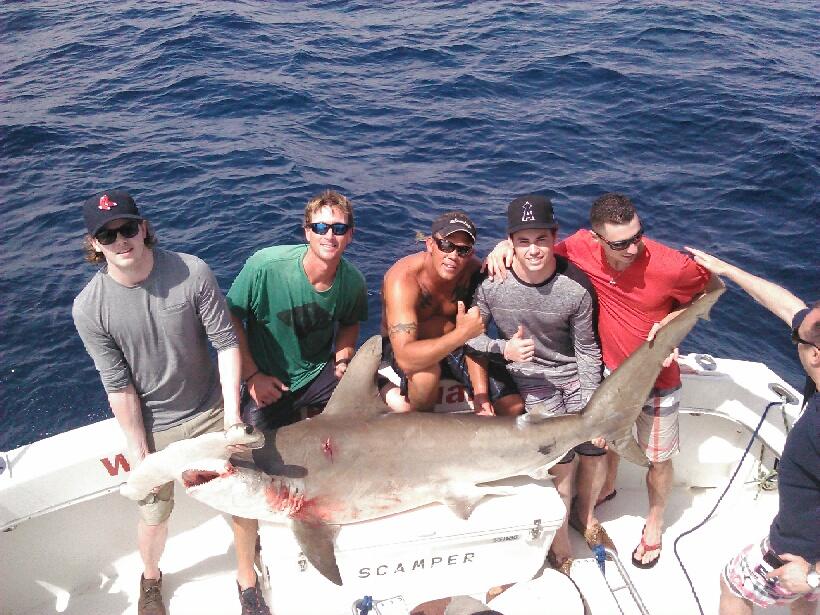 Big hammerhead shark caught and released aboard the Big Game

The fishing is heating up in Fort Lauderdale this week.  Sharks are snapping in 350ft of water.  Hammerheads, makos and thresher sharks are all out there and moving through in strong numbers.  Head out about a mile and a half offshore, set your baits and wait a bit.  Chum the water and hum the theme to Jaws.  You won’t have to wait too long to get a bite on something that is probably larger than you are.  These monsters are 8-12ft and 200-400 pounds.  While you’re shark fishing, you may even pick up a big dolphin or a sailfish, everything is biting this time of year. 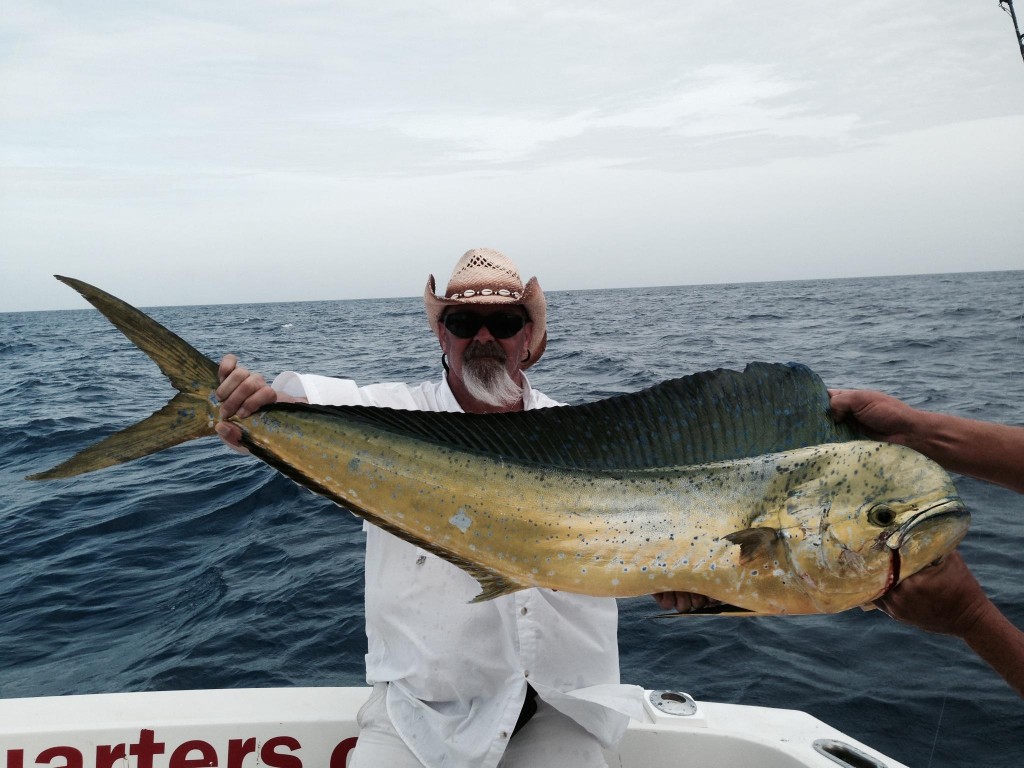 Big dolphin have been a big hit this month.  10-20 pounders are hitting the docks every day and a few dolphin even bigger.  This is the best time of the year for the big dolphin in Fort Lauderdale.  Wahoo, tuna and sailfish are also swimming in the same waters and eat the same baits, so we’re catching them too.  We should have continued good dolphin fishing through June when it will subside and the fish will head much further offshore. Until then, it’s game on! 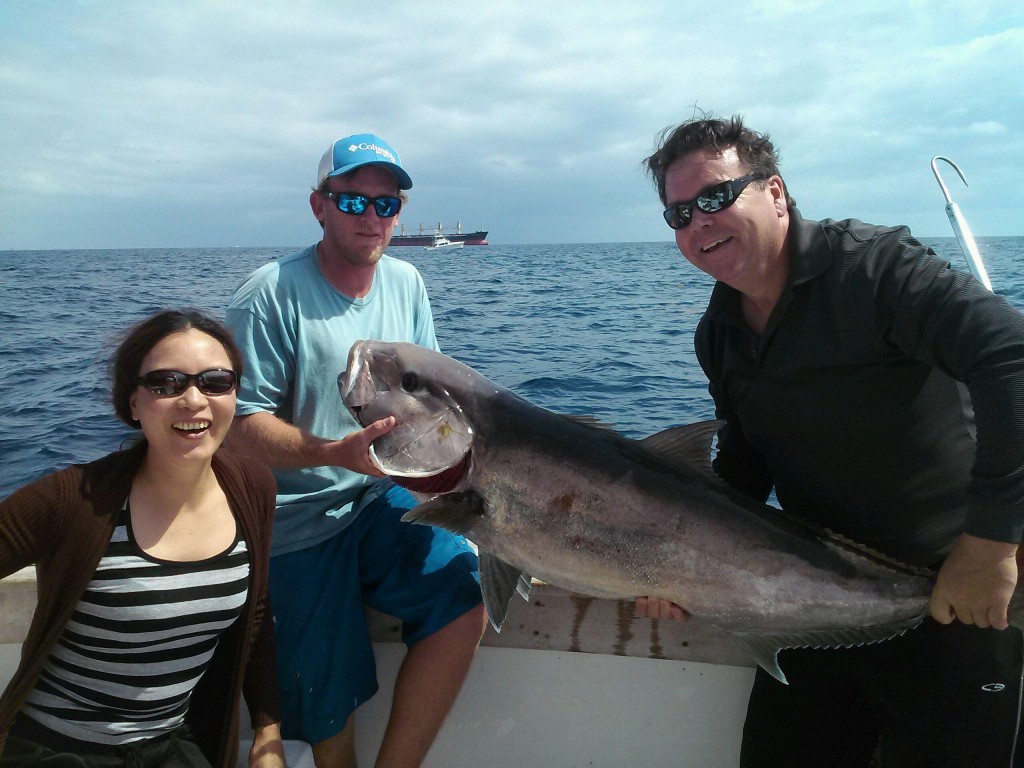 Amberjacks are also a big hit this month.  Amberjacks, or AJs as we call them, are abundant on and around our local shipwrecks.  They stay close to the big structure and feed on all the smaller fish that also make the wrecks their home.  Amberjacks are voracious feeds and an extremely strong fighting fish.  They put up a great fight, even on the heaviest tackle, making them an attractive gamefish.  Drop a live bait down next to a shipwreck in 200-400ft of water and you shouldn’t have to wait long to get hooked into a big amberjack. 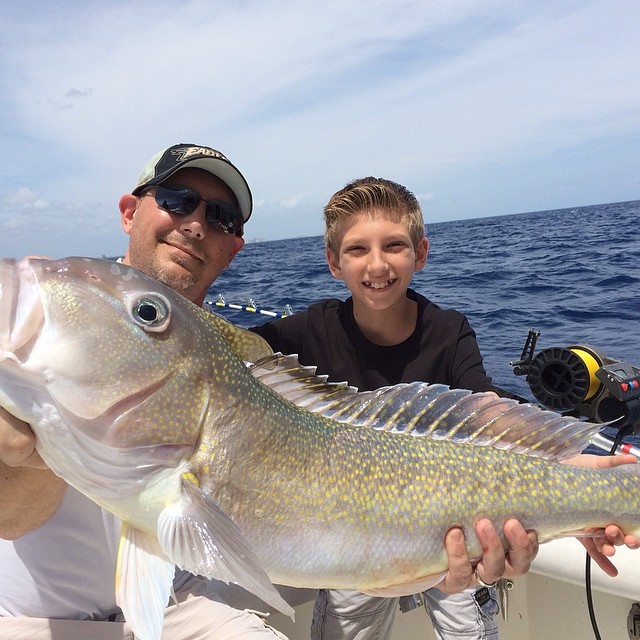 Tilefish are another deep dweller but these guys are really deep.  We catch grey tilefish in 400ft of water and golden tilefish in over 600ft of water.  These are one of the tastiest fish in the ocean.  Tilefish fight all the way up from the bottom, struggling the whole way.  While other fish like groupers give up half way up, tilefish don’t stop their fight until they are in the fish box.  We’re having an excellent year on these deep dwelling bottomfish, they are almost a guaranteed bite. 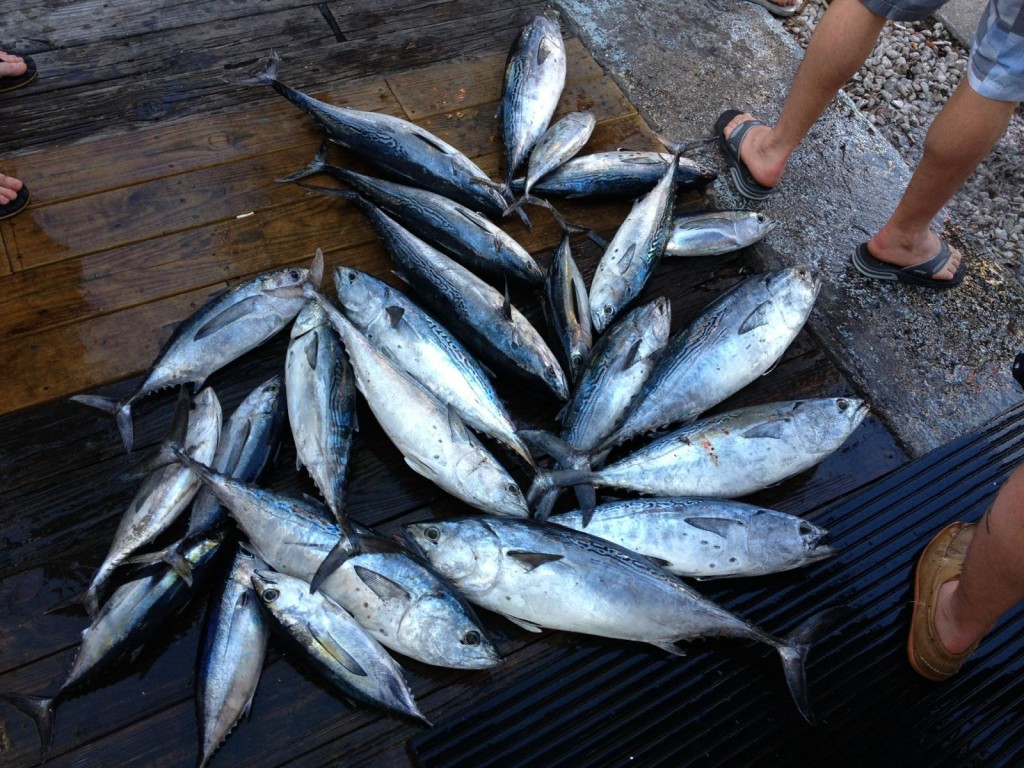 Nice catch of bonitos and tunas on a sportfishing trip.

Just about everything is biting out there this time of year, even bonitos and tunas.  While the massive ‘bonito run’ won’t begin until late July, there are some schools of them showing up already.  Mixed in with those bonito are blackfin tunas.  Like I said, everything is biting!  This is a great time of year to come fishing in Fort Lauderdale.  We wait all year for the good fishing we’re having now so come on out while the bite is good.  Let’s go fishing!