Successful Swordfishing Trip with Dolphin Too

We went out on a daytime swordfishing trip today and had a great trip.  We started off trolling lures offshore in hopes of a marlin, sailfish or whatever else would bite.  We caught a tuna and a couple small-medium sized dolphin on the way out to fishing grounds.  Once we got out to swordfish territory, we set up our electric reels and did our first drop.  We use electric reels for daytime swordfishing because you need to drop the bait so deep to get it to where the swordfish are, 1100-1500ft down.  We are one of the only boats that has an electric reel which also has a hand crank, so you can use the electric reel function to get the bait back when you don’t get a bite or hand fight the fish if you hook up to one. 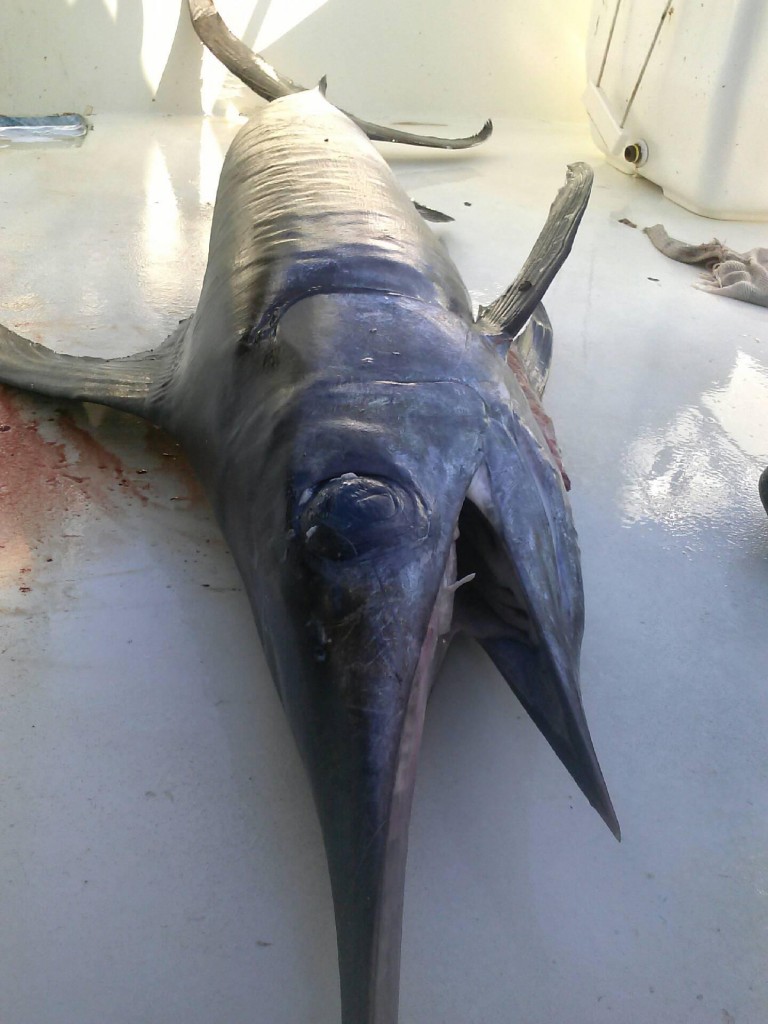 Swordfish laying on the deck of the boat, just after being caught.

BAMMO, as soon as the bait hit the bottom, we hooked up.  We must’ve dropped the bait directly on his head.  The angler got into the chair and we fought the fish all the way to the surface.  It wasn’t the biggest swordfish in the world, but it was a nice keeper size one, probably a 75 pounder.  We gaffed the fish and threw him in the boat.  Any swordfishing trip where you successfully capture a swordfish is a good trip.  Well, there’s only one thing better than a swordfish in the boat and that’s to have 2 swordfish in the boat!  We dropped again a few more times but never got another hit on a swordfish.  Time was running down, so we put our lures back out and began trolling home. 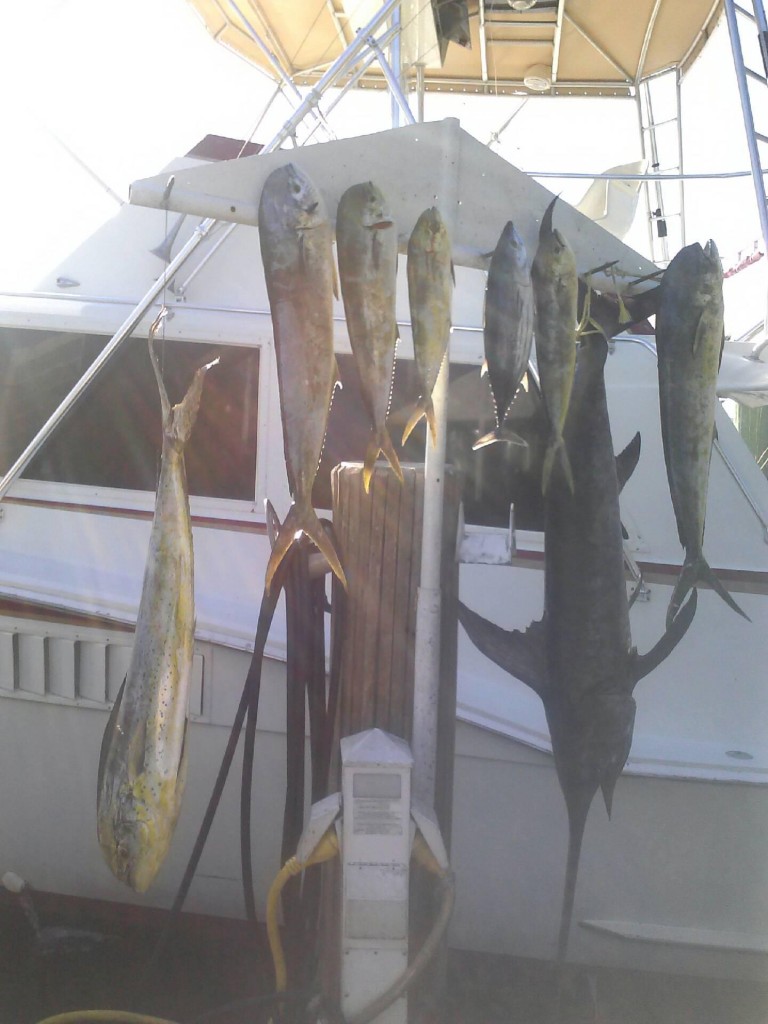 A nice swordfish and a rack of dolphin at the dock at the end of the day.

There were some nice weedlines formed offshore, so we trolled along them for a while.  We hit a couple more good size dolphin trolling and then finally hit our really big bull dolphin making the day and putting icing on the cake.  The biggest dolphin was over 25 pounds and was a solid, really nice bull.  The dolphin fishing offshore this time of year is phenomenal and if you’re out there with enough time to try it, there are some swordfish biting too.  You can catch anything this time of year when fishing offshore of Fort Lauderdale.  This is one of the best months of the year to come out on a fishing trip.  Good luck to everyone fishing this week.  I’ll sea ya on the water.