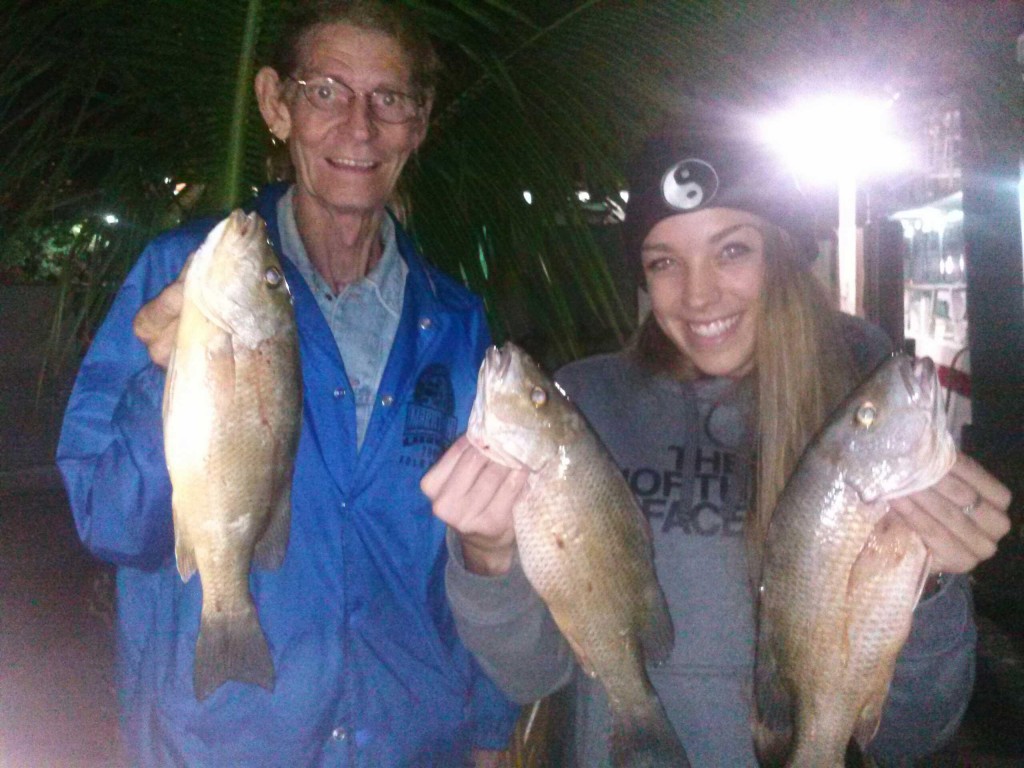 We’re getting some good action on our daily drift fishing trips this week.  The snappers on the bottom are getting pretty frisky.  We’re getting into some bigger mutton snappers on the day trips, but the best snapper action is definitely at night.  At night, snappers come out of the woodwork to feed.  A lot of our gamefish bite better during the daytime hours, but snappers, sharks and a few other species bite best once it gets dark. 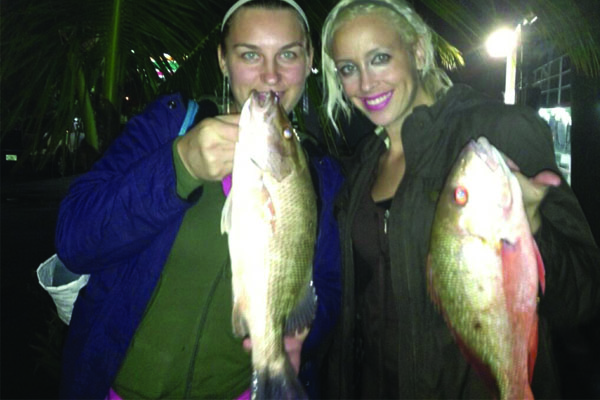 Nice snapper caught by these ladies aboard the Catch My Drift

The mangrove snappers we’ve been getting have been very large.  They’ve been averaging 3-5 pounds, much larger than the usual mangroves we catch out there.  Yellowtails are biting too but mostly smaller ones.  In the winter months, yellowtails move in to shallower waters.  Since the best mangrove bite happens late at night, we’ve been starting off in shallow, catching a bunch of the small yellowtails, and them moving out deeper for the late mangrove bite.  Our Saturday night 6 hour trip did very well on the larger mangroves this week. 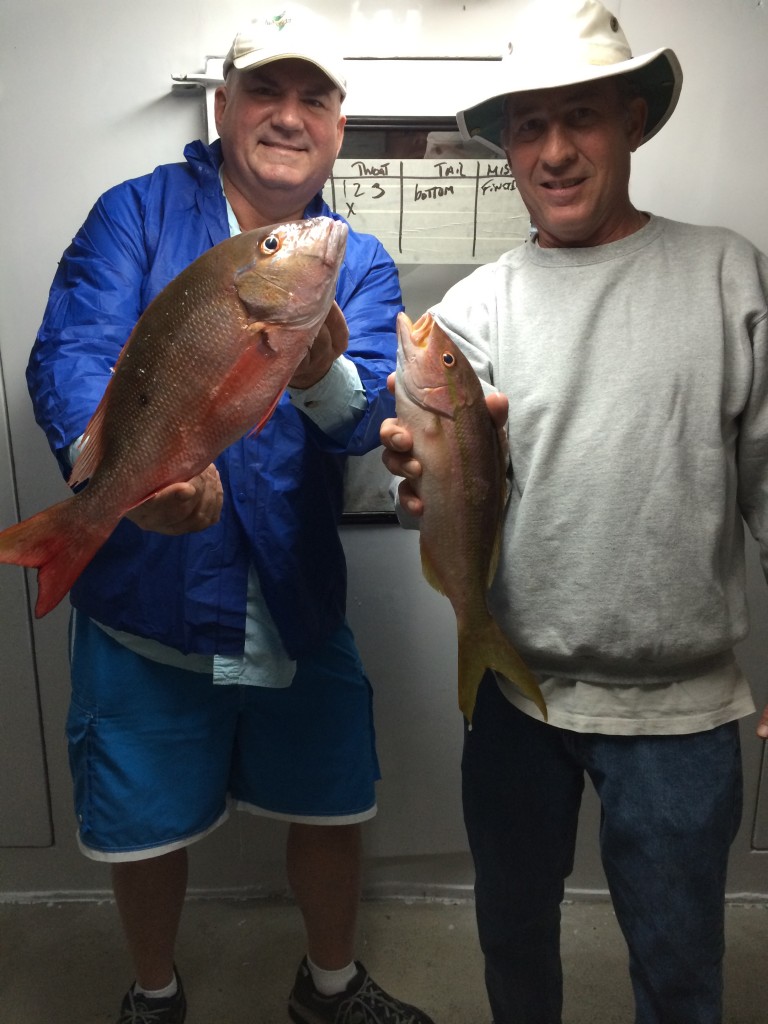 A few very nice fish such as grouper and cobia are out there and biting on occasion, but not that many that can be counted upon.  You have to get lucky to hook into the larger fish and then have heavy enough tackle to actually land them.  Since we’re targeting smaller snapper, we often don’t have large enough gear down when one of these bigger bottom fish take the bait.  Pretty good action this week on snappers, day or night, but especially on the night anchor trips.  Good luck fishing everybody! 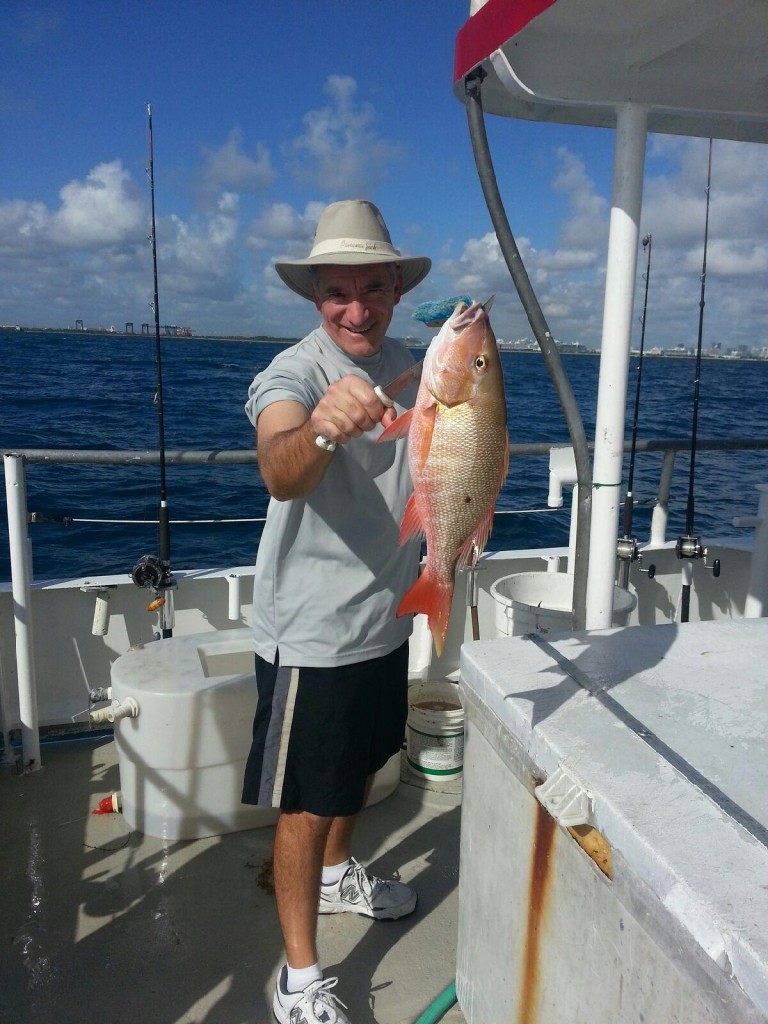