The fish just keep coming in.  The Catch My Drift, the fastest, largest and only air conditioned Fort Lauderdale drift fishing boat has done it again.  Lots of great fish these past few days.  Kingfish, tuna, snapper, jacks, barracuda, and sharks are all biting great on the reefs of Ft. Lauderdale.  Today was a pretty sweet day, we got a big bunch of king mackrel and bonitos.  Early on during our fishing trip we caught a huge blackfish tuna.  Our scale weighed him at 37 lbs, which is very large for a blackfin tuna.  Later on during our half day trip, we caught a big mutton snapper that weighed about 8-10 pounds.  Pretty nice size mutton for Ft Lauderdale.  Anyway the drift fishing boat has been doing great on both the morning and afternoon trips. 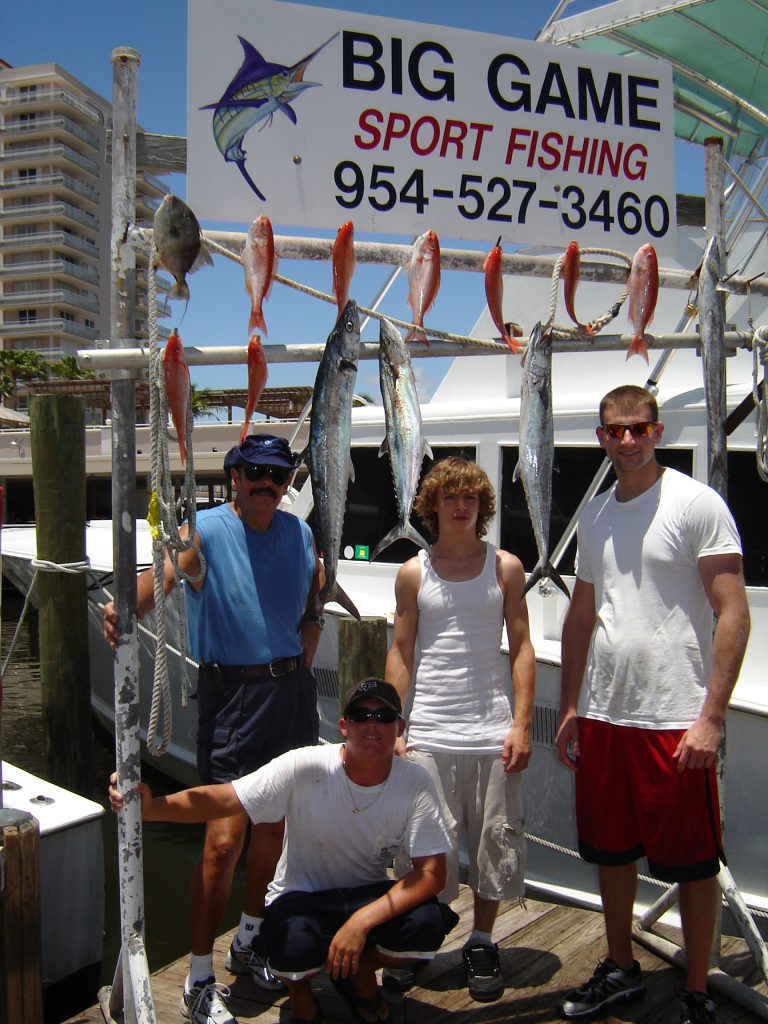 Our night time snapper trip has been catching a lot of yellowtail snapper this week and quite a few mangrove snapper.  They are smaller fish, usually in the 1-3 pound range, but thats just how big they all are.  A few larger snappers have been caught lately on the night trip too.  Mutton snapper ranging from 6-12 pounds are being caught while anchor fishing and chumming the water.  The yellowtail snapper swarm in the chum while the muttons hang down deep below the yellowtail school.  Squid, sardines, ballyhoo and kingfish belly has been working the best for us on this trip. 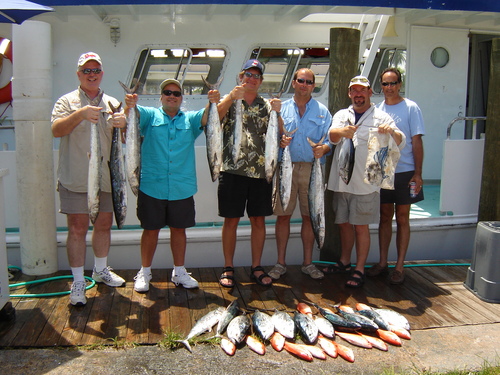 The sportfish boats are catching the big ones.  Shark fishing is really good in Ft. Lauderdale right now.  Today we caught a couple huge bull sharks.  If you’ve never caught a big bull shark, they have the coolest set of jaws of any shark in the shark family.  Their mouth opens the entire width of their body and can easily fit a whole person inside them.  The jaws of the fish are coarsed withhrazor sharp teeth, and for every tooth you can see, there are about 6 more teeth curled up behind it.  Whenever they break off a tooth, another tooth grows in to replace it and they have plenty of teeth to spare.  Sharks are the most highly evolved predator fish in the ocean and there are some big sharks biting off Fort Lauderdale right now. 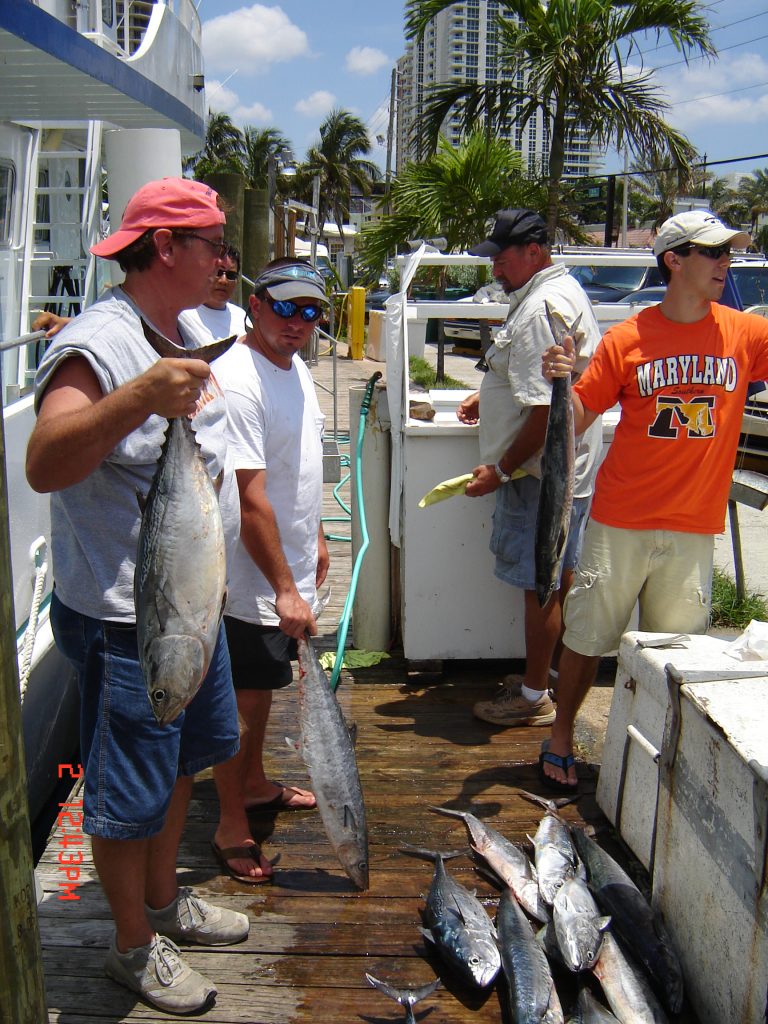 These pictures are  from our 2 charter boats that both landed a big shark today.  The bull sharks measured abour 6 feet in length and weighed an estimated 175 pounds.  They were both great fights and are going to be sweet trophies once they get stuffed.  The taxidermy man has his work cut out for him on those big sharks.  Congrats to the anglers who caught them, great fish. 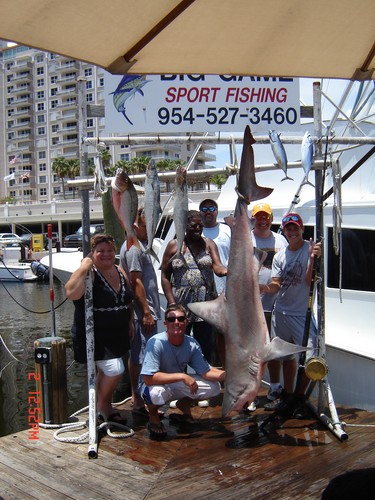