The Friday Night Swordfishing trip we run every Friday Night was red hot this week. We went out 15 miles offshore to where the swordfish bite has been hot.  Put our lines in and on the first drift we had a triple header on.  We caught only one fish out of that batch.  All 3 fish were heading in different directions and we had to pick which one to catch.  We chased down the one we figured was the biggest fish.  Got him to the boat and harpooned him.  It was nice fish, about a 70 pounder.  One of the guys that fishes with us every week, John Kuhar, landed him.  It was his first swordfish ever that he caught himself, although he’s been out there when we’ve caught them before.  But this one was his and it as a beuaty.  Pretty work John, glad you got one with us.  Unfortunately we lost the other 2 fish we had on at the same time.  Pulled the hooks.  We caught another swordfish later that night.  Got some nice pictures of it, but it was a smaller fish, so we let it go.  We had a ton of other bites, 9 fish in total.  Caught a nice cuban night shark that night also.  It was an exciting trip and I’ll post some pictures as soon as I get them back.  Thanks to everyone that came out with us that night and hope to have you all back again next week.  This Friday’s trip still has some spots available for it, so join in if you have Saturday off.  The swordfish are out there and they are biting. 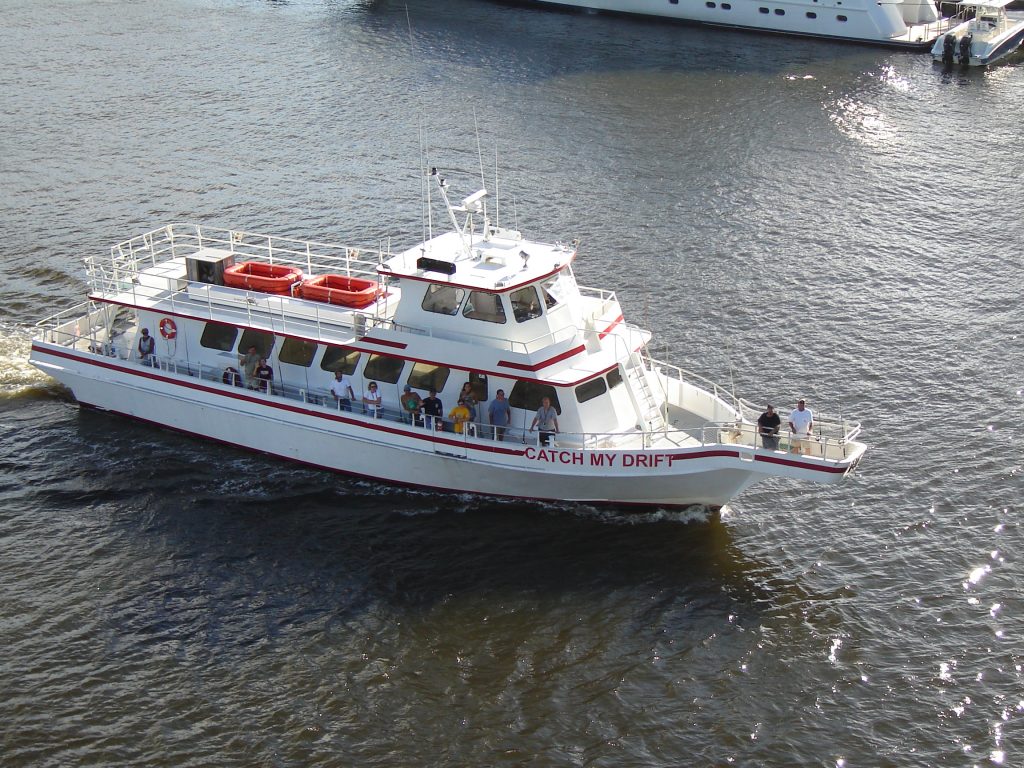 The Catch My Drift in Fort Lauderdale