Hi there everyone, haven’t posted a report in a while. Thought I’d tell you about the swordfishing this week. Our open boat swordfishing trip this week had an intreresting catch. Our first fish was actually a 7 foot Mako Shark. Caught it on our first drift, on a rigged squid. Thought it may have been a swordfish when it came up, all irridescent blue, but it was a mako. We released it after a good fight. We set out the lines again and got another nice shark on, this one being a cuban night shark, I think… We got it close to the boat but it bit through the monofilament when it got close to the boat. It was about a 6-7 footer also. Our third fish was probably a swordfish. We fought it for a little while and got it close to the boat again. When the light was just visible we saw a big fish come up and actually EAT the light. Must have been a big shark because we lost everything, the light, the swivel, the rig, everything. It was a pretty active night out there.

We ran a swordfish charter the other night on the sportfishing boat also. We caught a 128 pounder and a 97 pounder that night. It was a good trip. i heard on the radio of a few other nice fish caught, so the swordfish are biting out there. We still have room on the Friday Night swordfishing trip if anyone is interested.

Dolphin have not been biting as good as they have been for the past few weeks. The last few times I went offshore looking for dolphin hasn’t been very productive, but we’ve been coming in on the reef and really knocking the socks off the fish in close. The bonitos and kingfish have been biting great. Every trip we’ve been limiting out on kingfish and catching a lot of bonitos too. The summertime action is here finally. Bonitos are late this year, so that means they will probably stay late this year too. 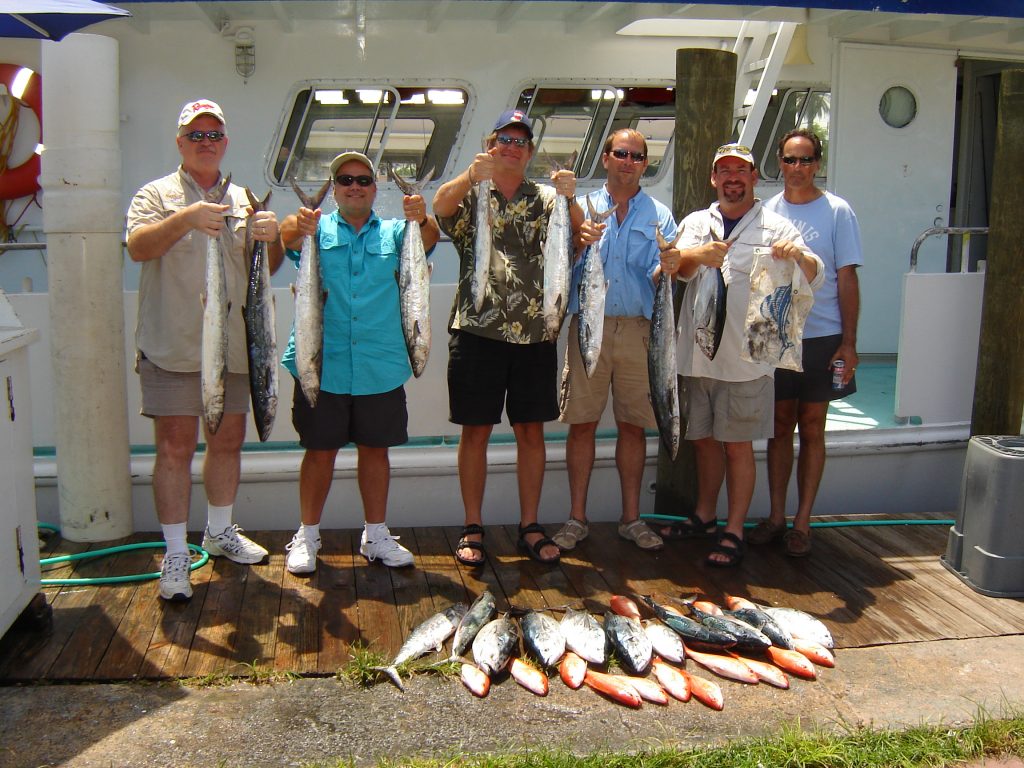 Nice catch of fish on our deep sea fishing trip out of Fort Lauderdale.

Capt. Paul has been running some deep dropping bottom trips and has been catching some nice snowy groupers, warsaw groupers, vermillion snappers and some big amberjacks. He says that his top secret spots have been working great whenever there is a little bit of current. 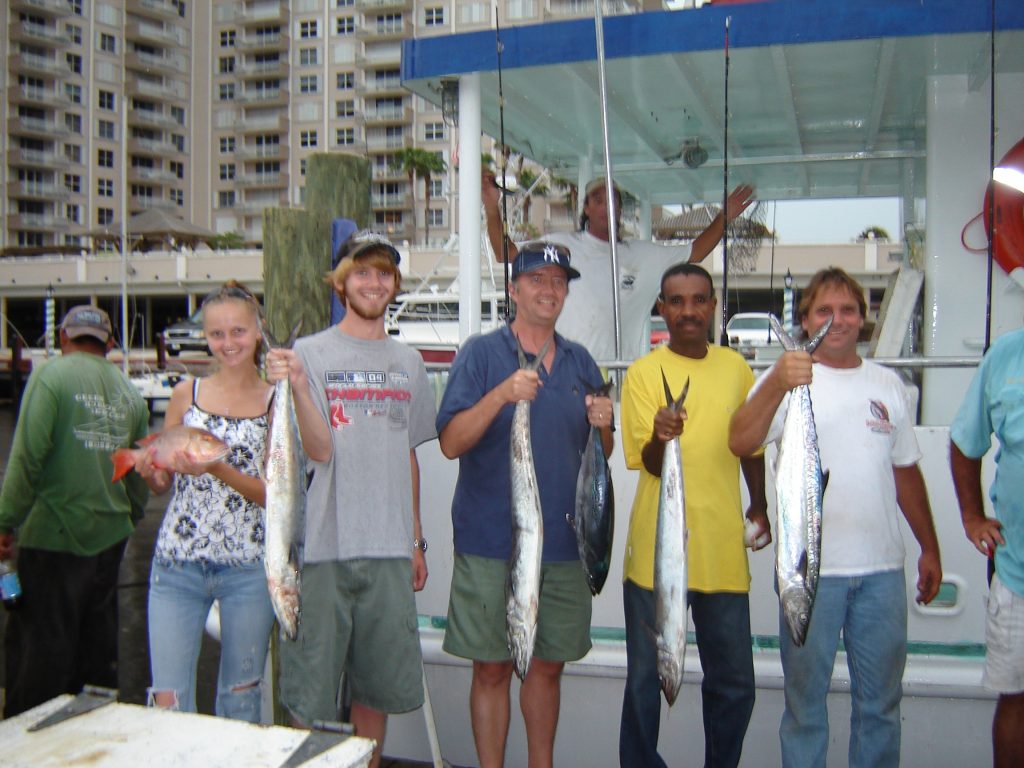 Some kingfish caught by these folks on our drift fishing trip.

Anyway, the fishing has been really exciting these past few days, lots of action on the reef and some great bottom fishing. Offshore has been a bit slow but there’s plenty of other types of fishing to keep you busy. Good luck out there…