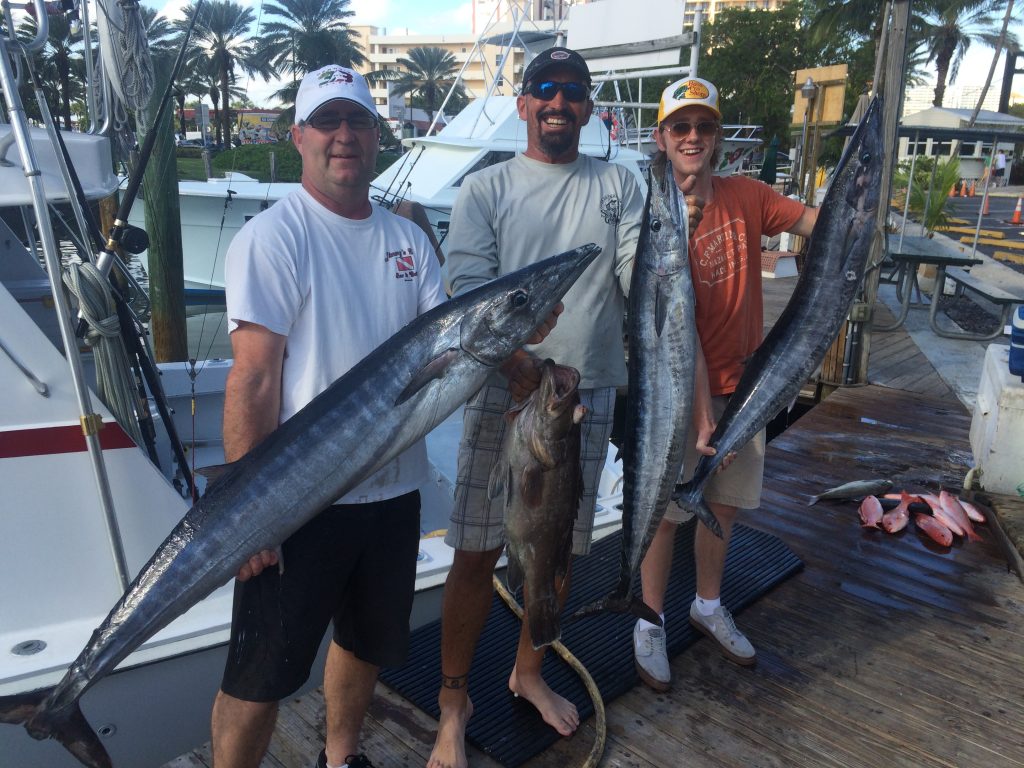 Awesome catch of 3 big wahoo, a nice grouper and snappers.

We had a great end to 2016 with some awesome catches on some large and exotic fish.  We caught some huge wahoos, which are biting better this year than I have seen in long while, big red snappers, which are exceedingly rare in Fort Lauderdale and we’ve caught some big tunas, kingfish and sailfish.  It was a great end to a great year.  And now in 2017, a whole new batch of fish are moving through.  Notably, we just had our very first cold front in Fort Lauderdale.  It lasted 2 days and temperatures hit the high 50’s!  Brrrrrrrrrr!  That’s cold for us south Florida folk who wear sandles all year long.  The cold weather did something to the fishing though.  It got the sailfish snapping!  We caught more sailfish in those 2 days than we had in the past 2 weeks.  Sailfish love the cold weather, it gets them all frisky.  This is the season for sailfish and without the cold weather, we were having a mediocre season on them.  When the cold weather hit, it was like a light switch that went off and they finally started biting in respectable numbers.  Glad to see them because so many anglers come from all around the world to catch these awesome gamefish. 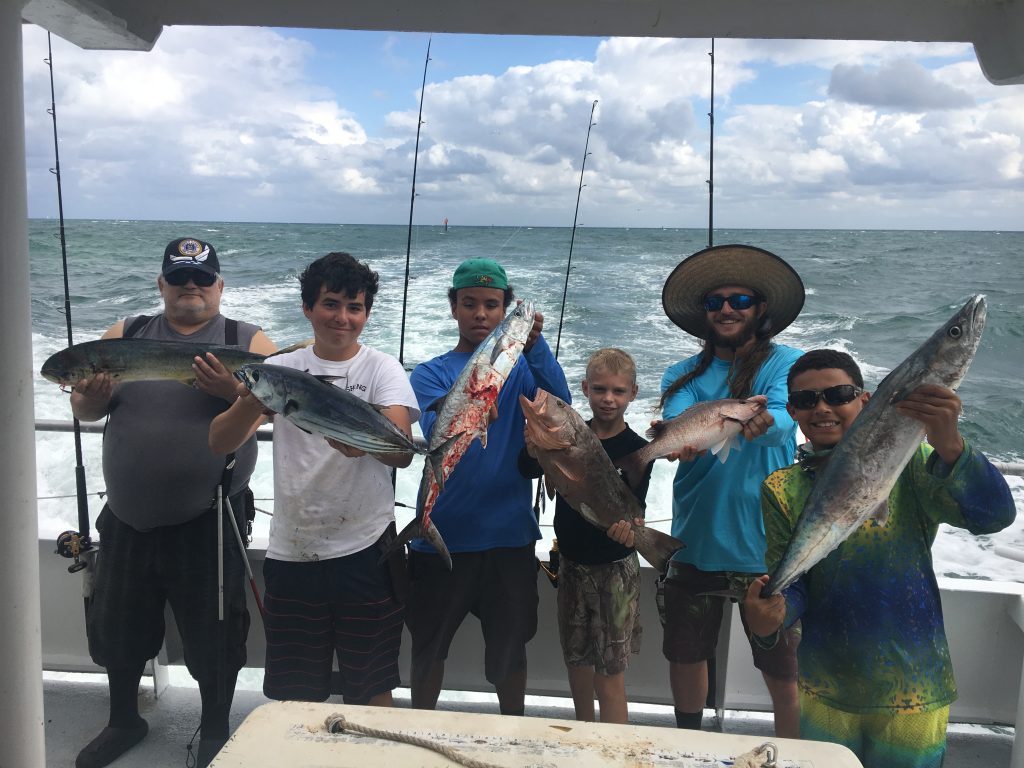 Wahoo are another gamefish that is biting extremely well.  One of the fastest fish in the ocean and my personal favorite fish to eat, wahoo are an exciting gamefish that bites voraciously in the winter months.  This year, with the super moons we’re having, wahoo are biting like crazy.  We had some awesome days of wahoo fishing over the past few weeks and they are still biting strong.  I can’t remember if I’ve ever seen such good wahoo fishing in south Florida.  You usually have to go to Bimini in the Bahamas or even San Salvador to catch wahoos like we have this month.  Some of the wahoos reached 60+ pounds.  Wahoo are crafty fish as they shy away from wire leaders and their razor sharp teeth can cut through monofilament like a knife through butter.  We have to be equally crafty when catching them by not applying too much drag on the initial hookup, keeping control of their head during the fight and not letting them shake the hooks when close to the boat.  With good coordination from the captain and mate, we can successfully land most of the wahoo we hook. 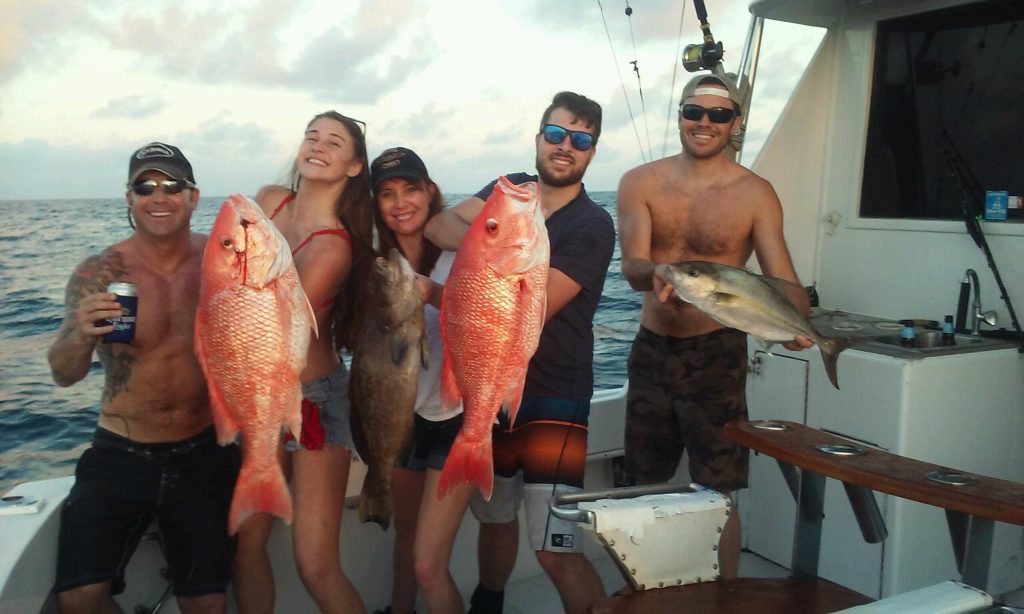 Tunas, kingfish, bonitos and barracuda are also biting all over the reefs.  This is a great time of year for trolling the reefs as there is a bevy of different species to provide good action for our charters.  Trolling the reefs is the best fishing method to catch lots of fish and lots of variety.  You can literally catch anything while trolling the Ft Lauderdale reefs, from sailfish and the rare marlin to king, Spanish and cero mackerels.  You never know what you might pull in when dragging lures and rigged baits over our expansive reef system.  Sometimes bottom fish come up from the bottom to grab our deeper pulling, planer baits.  When our charters tell us to keep them on the fish or to just catch as many fish as we can, trolling is the best method to employ.  January is the month for big kingfish, one of the largest of the mackerels.   Kingfish average 4-8 pounds but can sometimes reach weights of 40+ pounds.  We call these monster kingfish, ‘smoker’ kings because when they hit, they ‘smoke’ the reels by pulling drag off the rods so quickly.  And also because they taste great when you cook them using a smoker (greatest fish dip of all time). 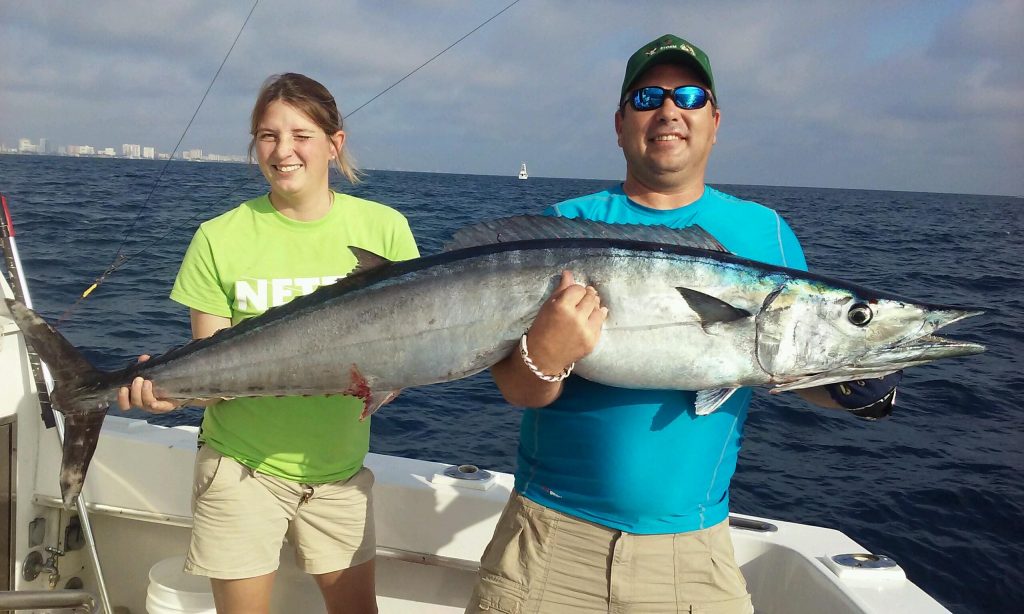 Bottom fishing starts getting really good this month.  While groupers unfortunately go out of season on January 1, this is the start of our awesome bottom fishing time of year.   The closure of groupers used to irk me, but it really has made a big impact on our grouper fishery.  Only a few years after we started the 4 month per year grouper closure, we now catch more groupers than ever.  Snappers are making a huge comeback too.  We caught some monster red snappers this month, a species of snapper that we normally don’t catch here in Fort Lauderdale.  Normally red snappers are caught a good deal north of us, up in St Augustine and north.  Or they are also caught in the southern Keys and all throughout the Gulf of Mexico.  This year, we caught a nice mess of them right here in south Florida… awesome to see.  Deep dropping over the shipwrecks this month is also excellent for big amberjacks, almaco jacks, warsaw grouper, sharks and sometimes cobia.  You can catch any of the deep dwelling species around these shipwrecks, an underwater oasis of fish.  Over the next couple months the bottom fishing gets better and better, usually peaking in March or April.  This is the month when all the deep dwellers begin to show up. 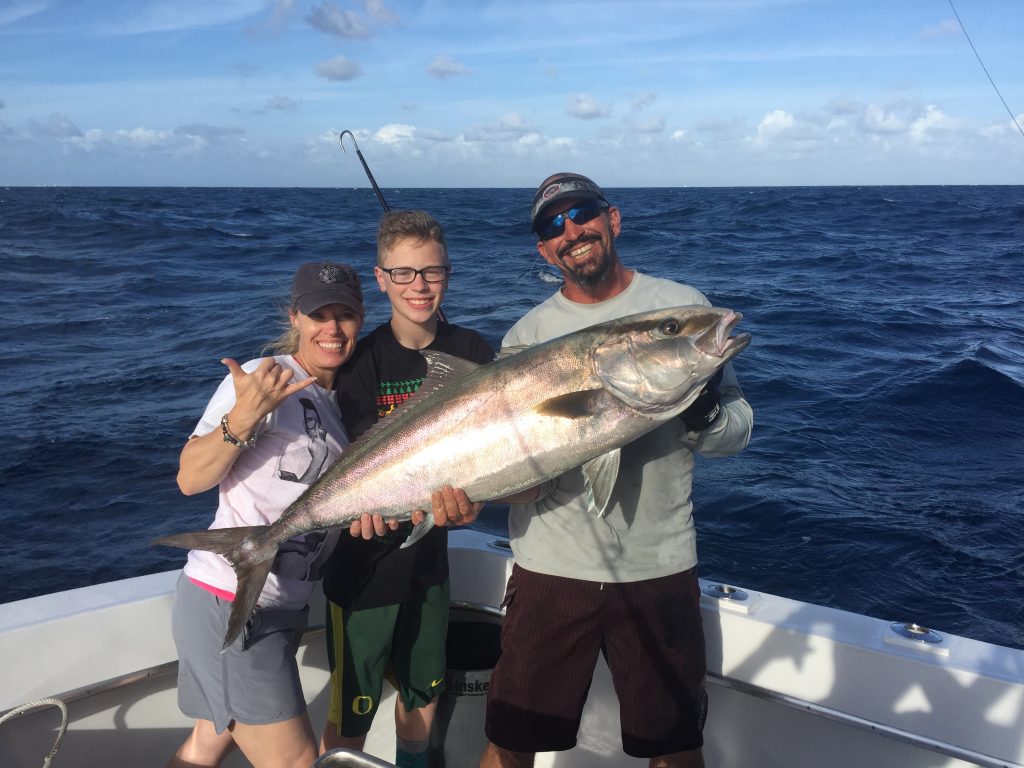 We’re having a great start to the new year with a full new batch of fish coming through.  Our drift fishing trips are catching loads of action and our sportfishing charters are pulling in some of the biggest fish we’ll catch all year.  This is a great time of year to come out on a deep sea fishing trip in Fort Lauderdale.  If you’re looking for some good action or to pull up a sea monster, this is a great season.  To all those anglers fishing with us over the next few weeks good luck.  If you haven’t had a chance to come fishing with us, give us a call and Let’s Go Fishing! 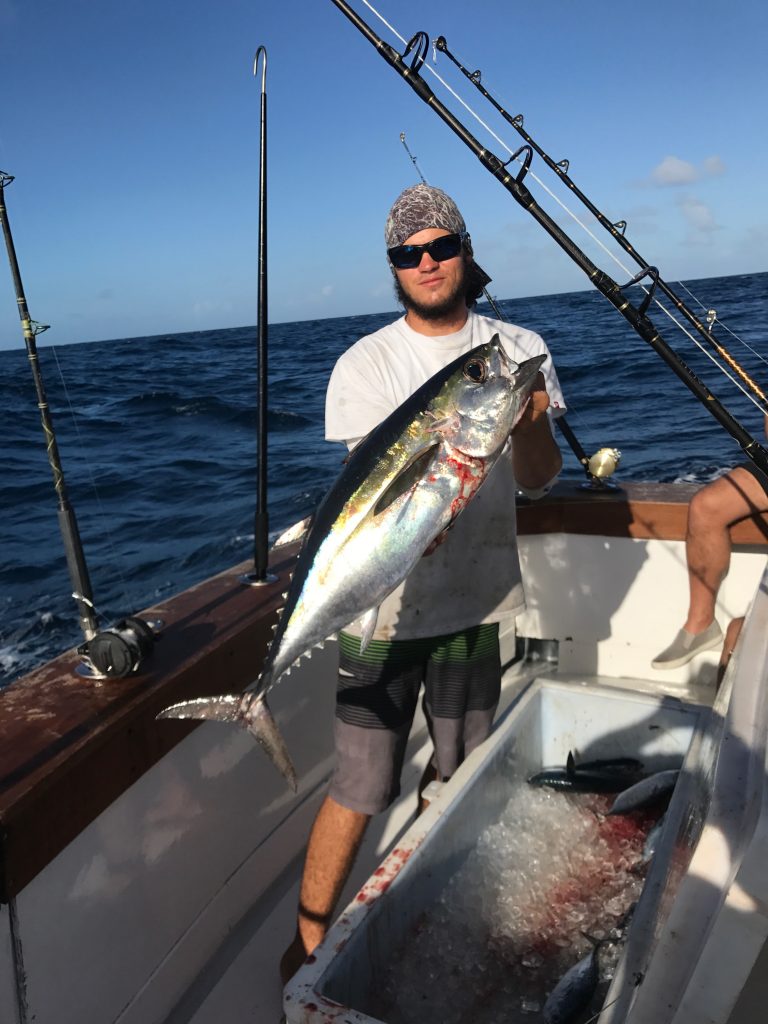