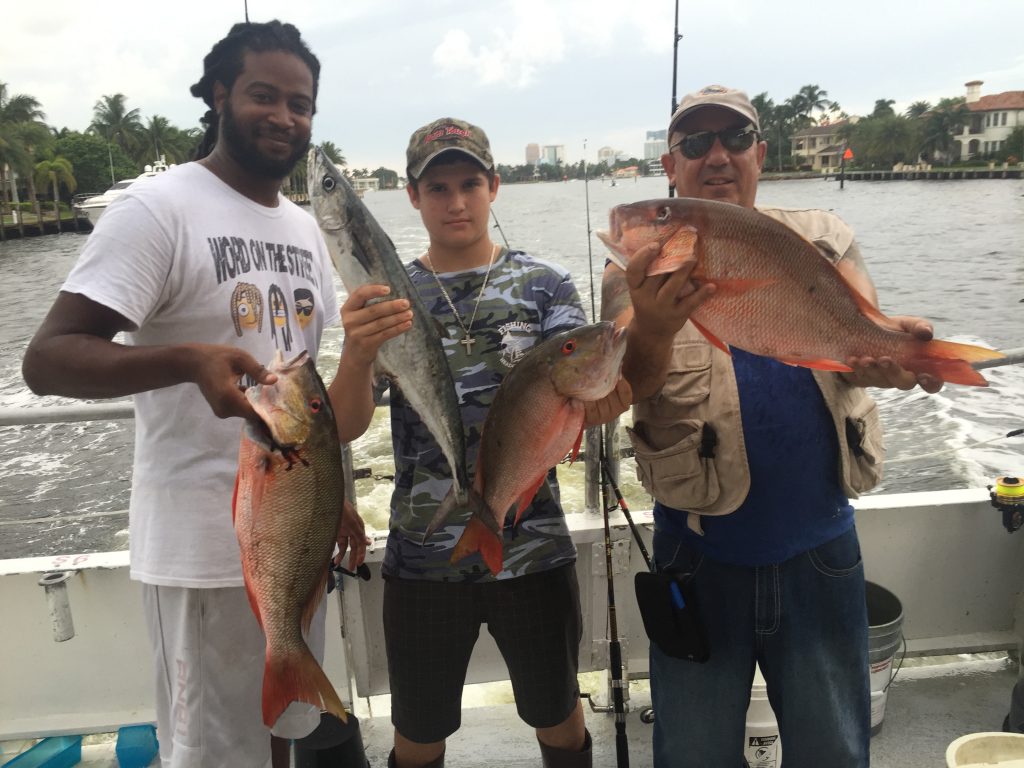 The snapper and kingfish action has really lit up this week.  Our drift fishing boat is catching them very good on the reef in 90-110 ft of water.  The kingfish are biting best on the early morning run.  We’re catching them on whole ballyhoo and sardines drifting them about mid-depth.  Snappers on the other hand are biting best on the afternoon and night anchor trips.  They usually bite better later in the day and into the night.  We’re catching our snappers either with chunks of squid or other chunk bait (best for yellowtails and mangrove snappers).  Plug baits (a whole sardine or ballyhoo with it’s head cut off) work best for mutton snappers and groupers. 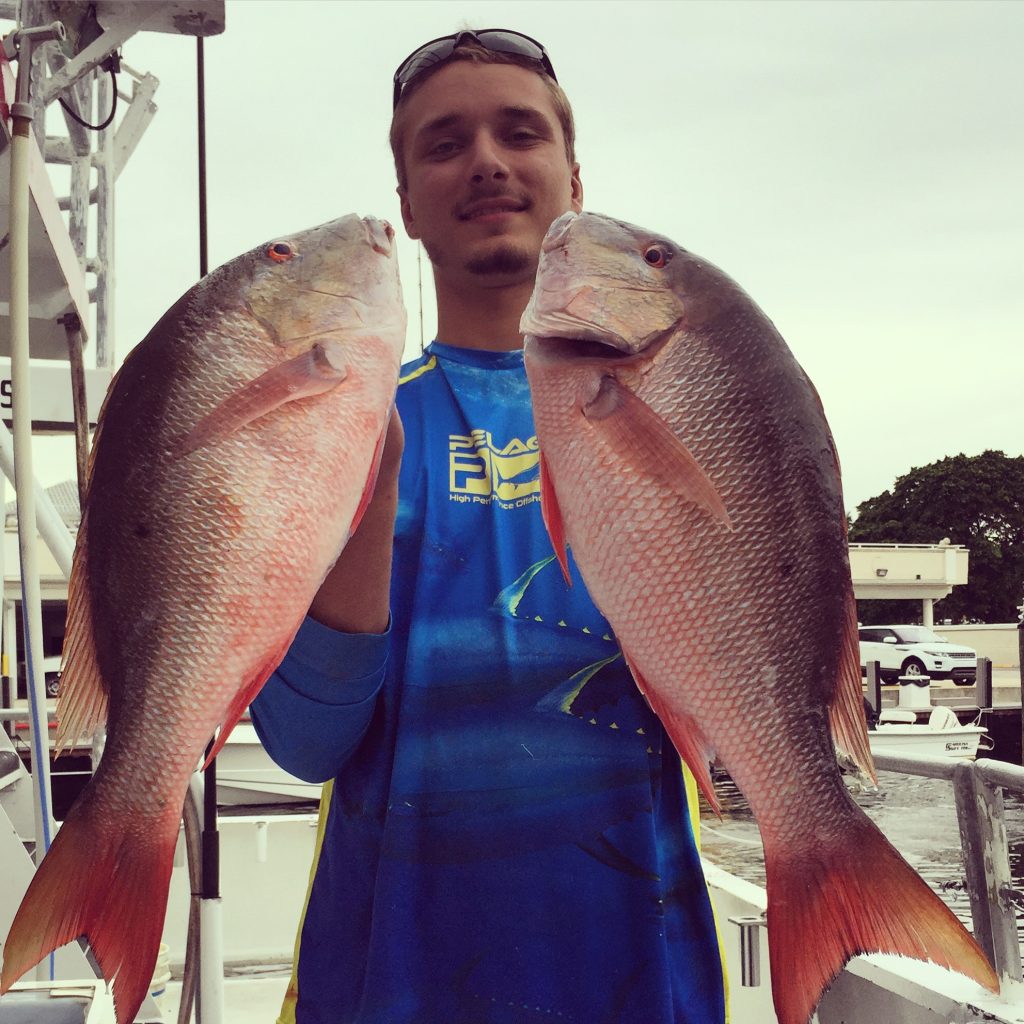 The king tides this month during the few days around the full moon can make for some crazy snapper fishing.  This week, we’ve had some outstanding nights for mangroves.  Still, the mangroves on some nights can be snapping and on other nights non-existant.  On the nights when the mangrove bite is slow, we’ve been falling back to our yellowtail spots and doing well catching yellowtail snappers.  On most nights we come home with a few good sized mutton snappers are well.  Snappers are the main target on the night trips but we also get a few groupers and sometimes even a really big cobia.  We get some sharks on our night trips this time of year as well.  At night, you can catch just about anything, you never know what you’re going to get. 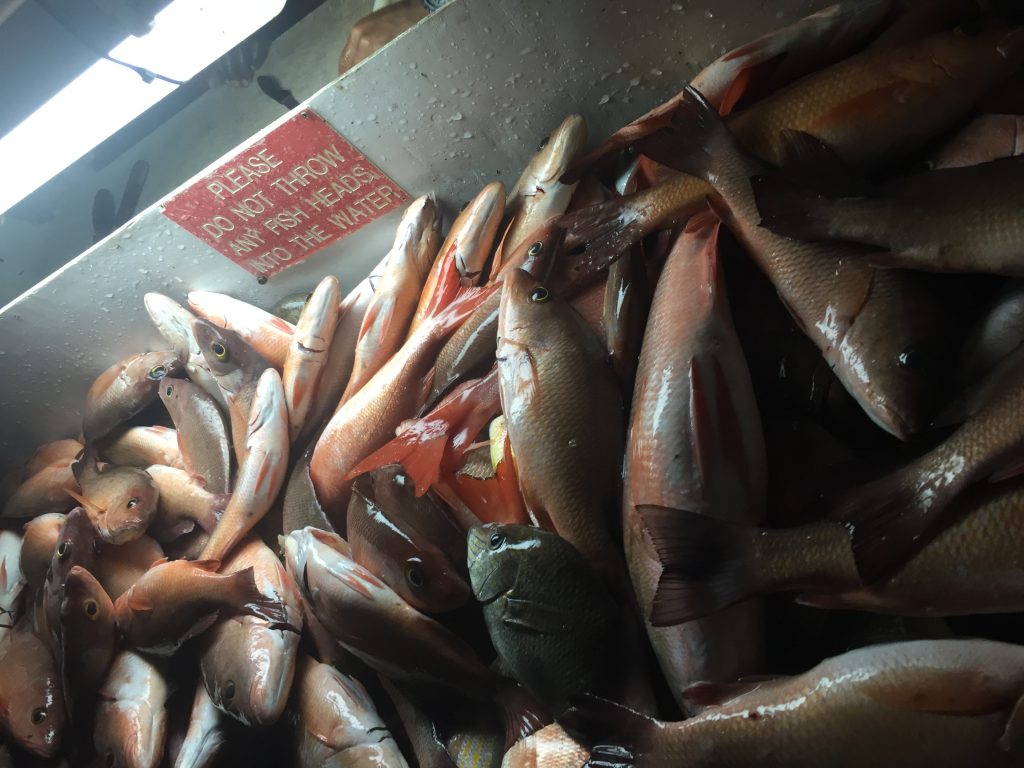 Lots of mangrove snappers are biting on our night anchor trips.

The mullet run is in full swing and there’s a mixed bag of all sorts of species trolling the Ft Lauderdale reefs.  Kingfish, tunas, sailfish and wahoo are all taking advantage of the easy pickings on mullet.  Every year, the mullet make their way down our coastline, filling our inlets and Intracoastal waterway with their schools.  They bring a lot of life with them during their migration as larger, predator fish follow close behind to pick off any mullet that lags behind the rest of the school.  Right now, sailfish are biting really, really good on our sportfishing charters.  Kingfish, blackfin tuna, wahoo and barracuda are also biting excellent.  Our sportfishing charters are our best trip for catching the most and the biggest fish.  Sailfish season starts now and lasts through February.  Sailfish LOVE the windy, cooler weather as it moves through.  The windier, cooler the day, the better the sailfish will bite. 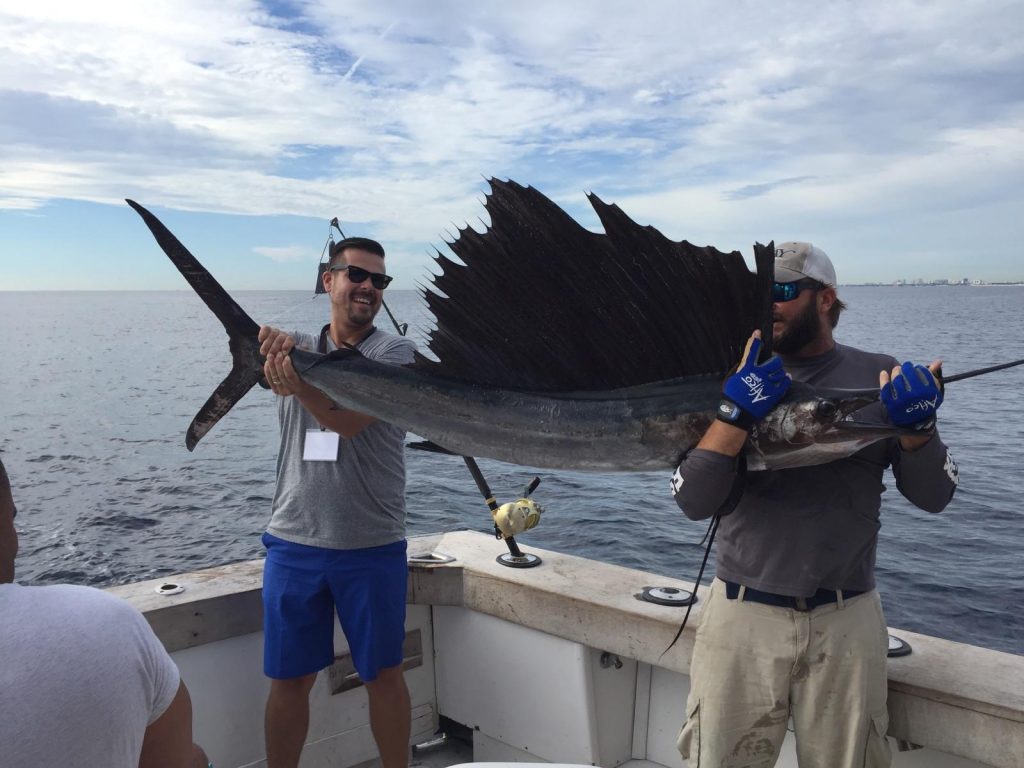 Mahi-mahi are scattered and spotty.  They don’t bite every day.  They are around this  time of year and this past week, with the hard east wind, it has blown the mahi in closer in to just outside the reef.  We’re catching them in 120-350 ft of water.  The easterly wind is definitely the reason.  Dolphin move with the wind and the hard east wind blows both the sargassum weed in closer to shore, and with it brings also the mahi-mahi.   Just remember stong east wind equals both choppy seas and mahi-mahi. 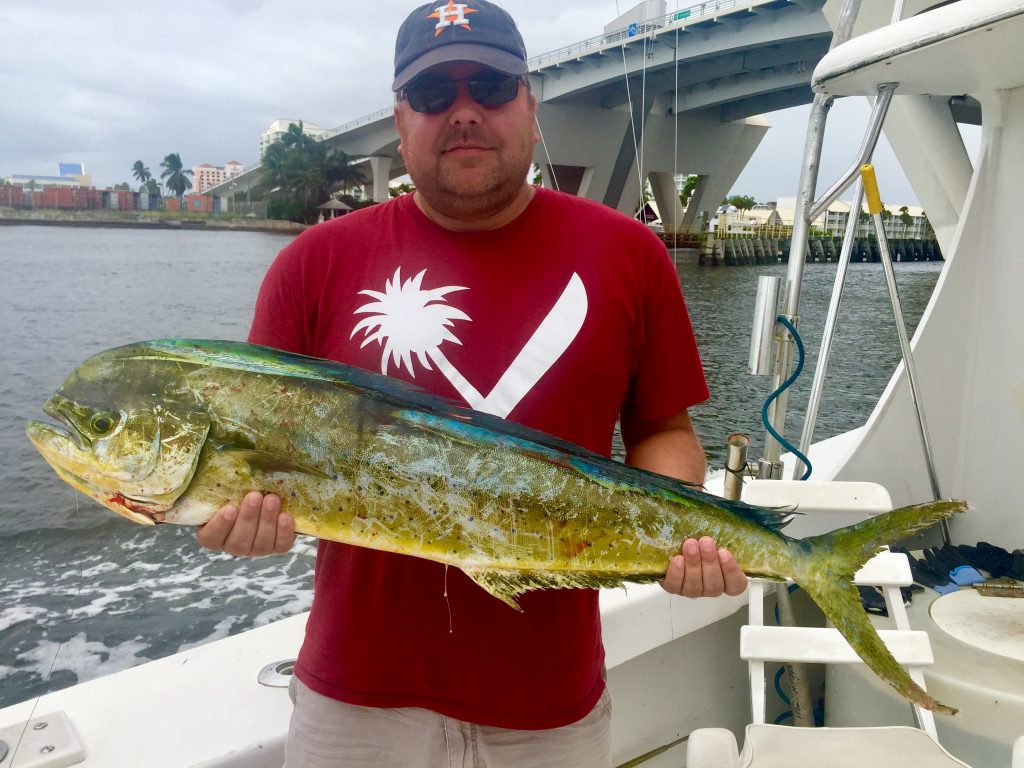 Nice dolphin caught on our sportfishing charter in Ft Lauderdale.

Remember with these big tides this time of year, it is also a good time for wahoo.  Wahoo love the full moons because they love the big tide changes.  With the Ft Lauderdale king tides, also comes the best wahoo fishing of the year.  You want to fish the tide change, I like the height of high tide until the trough of low tide. We catch some really big wahoo this time of year, get ready for some big wahoo pics coming next week. 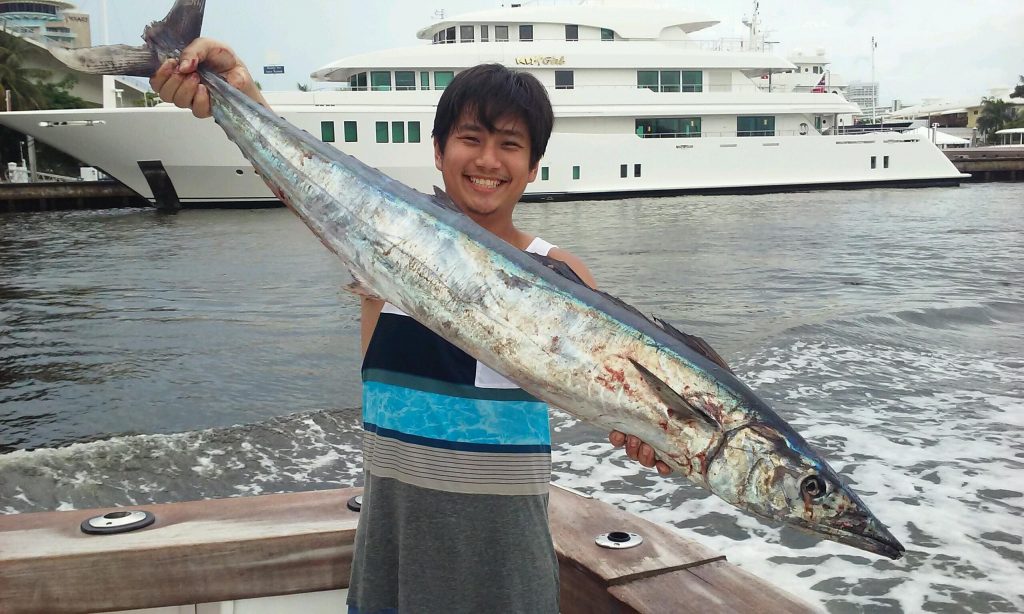 Good luck to everyone fishing this week.  There is a lot of variety of fish this time of year.  If you can brave the seas (and they are choppy this time of year), you have potential to catch some pretty awesome fish.  I’ll sea ya on the water!