Wahoos Are Snapping in Fort Lauderdale 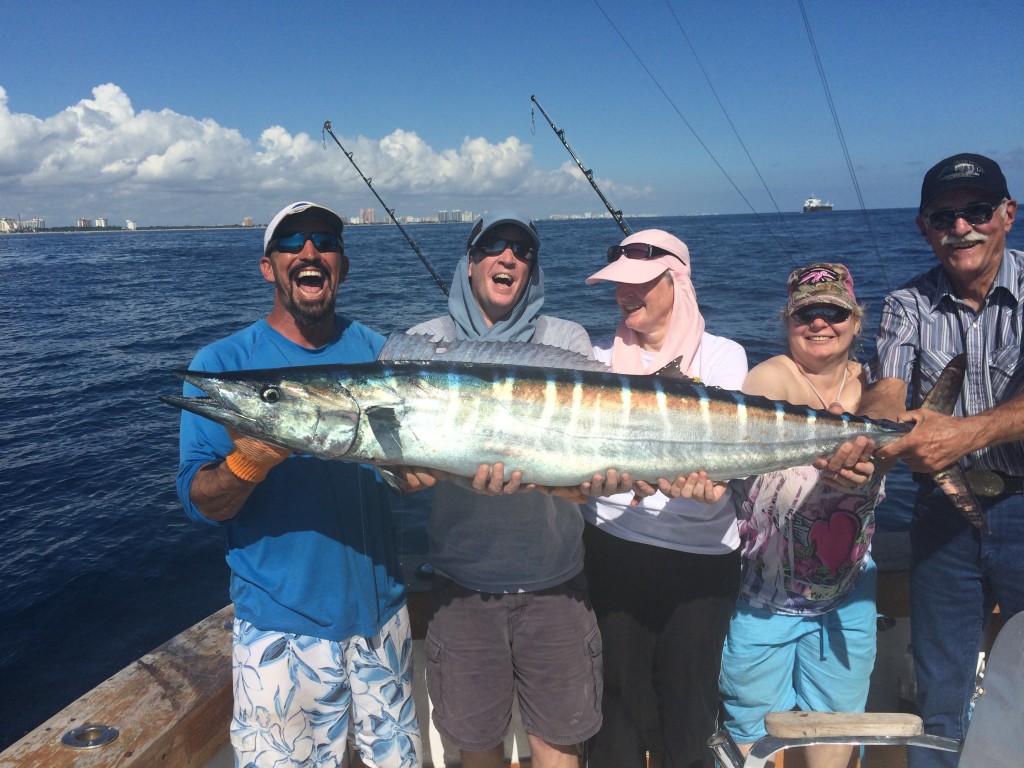 What a great trip we had yesterday with a total catch of 4 wahoo, blackfin tuna and kingfish… all in a half day sportfishing charter.  The wahoos were snapping in 300ft of water off the coast of Fort Lauderdale.  We were out on a half day sportfish charter and went immediately to slow trolling live goggle eyes out of the outriggers.  There was enough wind for the kite but slow trolling allows us to cover more territory with the baits.  On the first bite, there were 3 wahoos fighting over the long-rigger bait.  The goggle eye was jumping out of the water, freaking out.  The biggest one finally got it in its mouth and the two others swam up and ate the other 2 rigger baits.  Once we caught those, and it took a while, we circled back through the same area and caught anther big wahoo, a big blackfin tuna and a nice kingfish.  It was some serious action.  The biggest one estimated 50 pounds and 2 out of 3 of the others were over 30.  You never know what you’ll catch on one of our deep sea fishing trips. 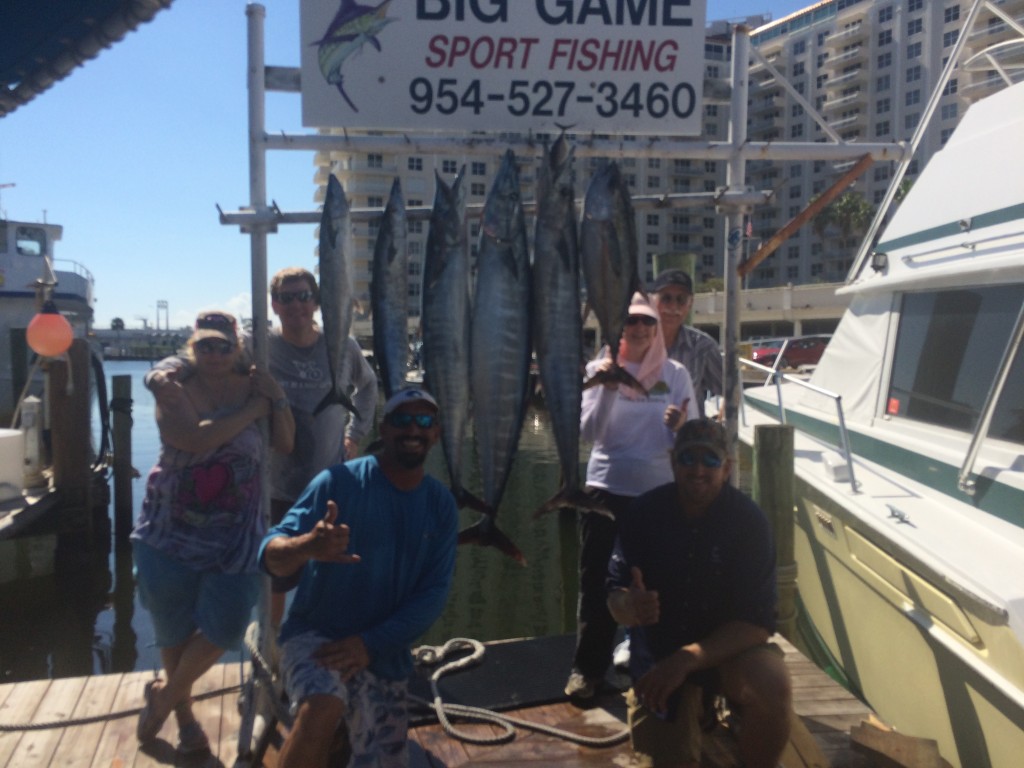 Nice rack of fish at the end of the trip- 4 wahoo, 1 kingfish and 1 blackfin tuna

The fishing has been good this fall fishing season for us.  The mullet run always brings a lot of fish with it… dolphins, tuna, wahoo, sailfish and more.  We catch some of our nicest fish of the whole year over the next month or 2.  It’s been a little quiet on sailfish, but they will start snapping as soon as we have our first cold front.  For now, mahi-mahi are biting very good on the outside edge of the reef, some of them quite large. Wahoo are lurking the same area.  Bonitos, kingfish and tuna are biting pretty good on the reef.  It’s been excellent trolling and live baiting lately.  Good luck to everyone fishing over the next few weeks.  I’ll sea ya on the water. 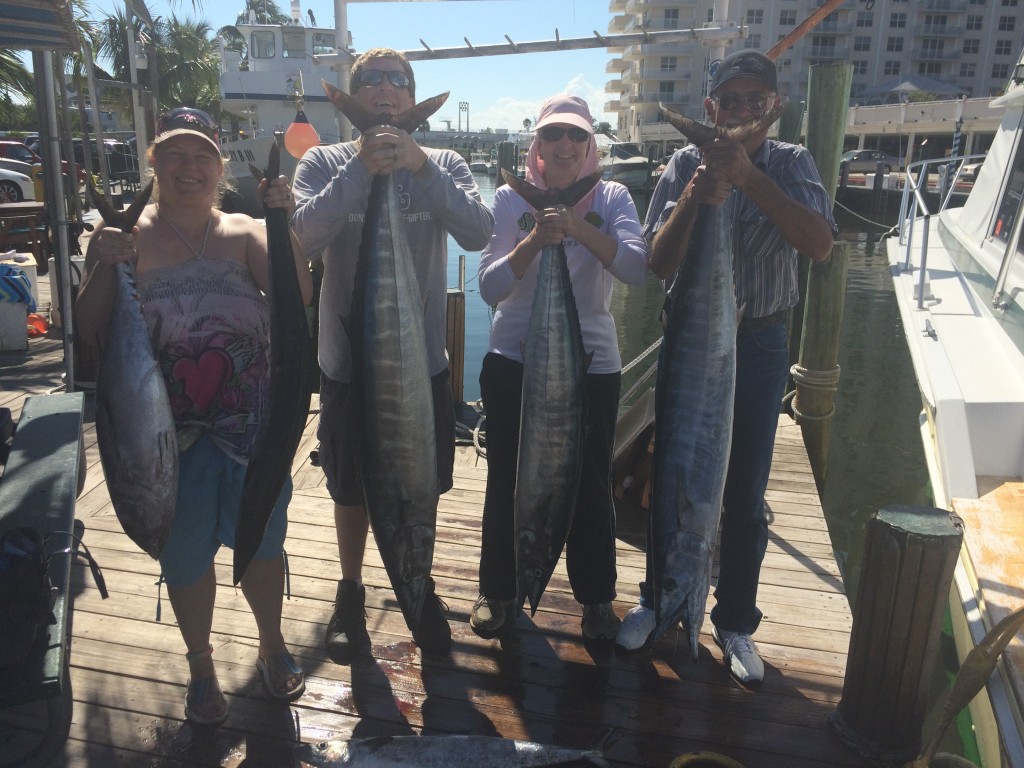 Holding the fish up at the dock, nice catch of wahoos and tuna/kingfish