Big Wahoo and Lots of Kingfish on the Ft Lauderdale Reef 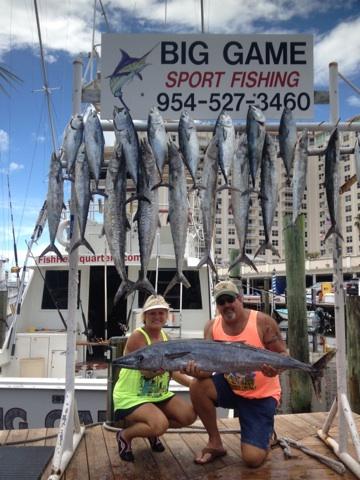 It was a helluva day at sea today with an awesome catch of kingfish, bonitos and a monster wahoo on our sportfishing charter.  The kingfish and bonitos are all over the reef, every which way we turn we’re hooking into a mulitple fish at a time.  Trolling is the best method of fishing this time of year to catch the most fish possible.  It is a technique where the boat is moving the whole time and we drag a spread of lures behind the boat to look like a school of fish trying to escape.  It allows us to cover a lot of territory on the water and cover the most ground possible.  When you’re trolling, you never know what you’re going to catch.  Bonitos, a 5-10 pound fish in the mackerel family, are biting great!  They are the most aggressive and are out there in the largest numbers.  Kingfish are starting to bite very good too.  Kingfish have been almost non-existent this year and are just starting to show up for us. 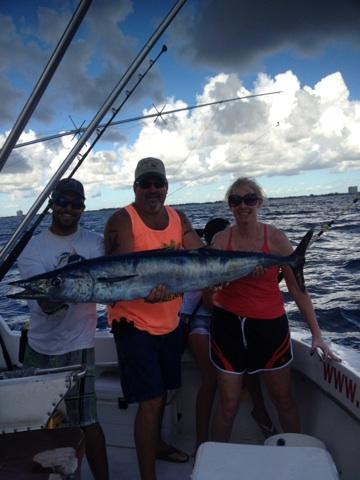 Last year, we had banner numbers of wahoo caught and the season is starting early.  During the past few days, several wahoos have been caught including this monster 37 pounder shown in the photo.  Wahoo were very active off our coast during the months of September through December last year.  It’s good to see them beginning to bite so early. 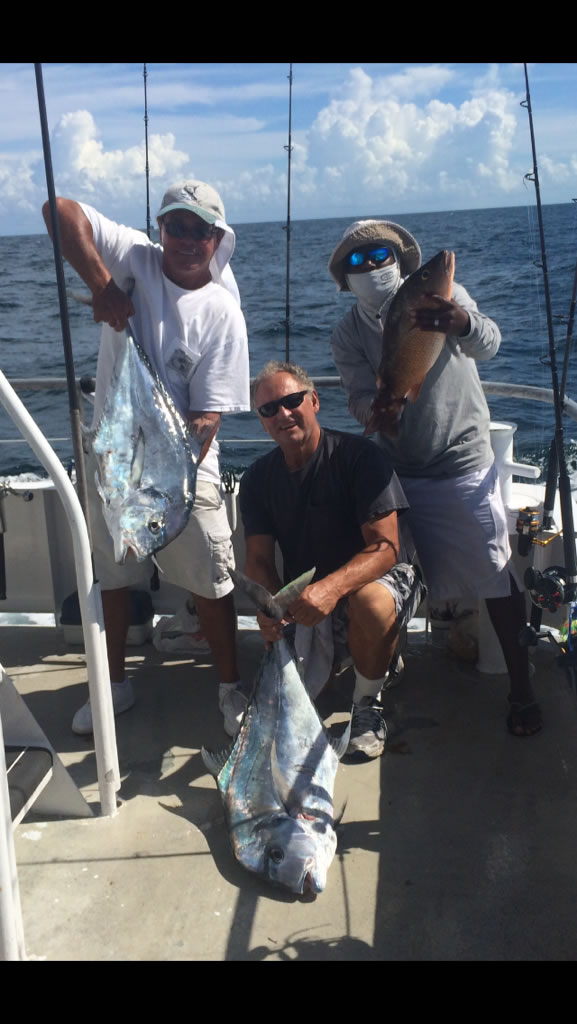 Our drift fishing trips are catching a lot of action out there too.  This weeks catches have consisted of  a lot of yellowtail, mangrove and mutton snappers, some nice kingfish, bonitos, a couple blackfin tunas and several very large African Pompanos.

A bite this good can’t last for long.  This is a great time to come fishing in Fort Lauderdale.  So come out on the water and let’s go fishing!