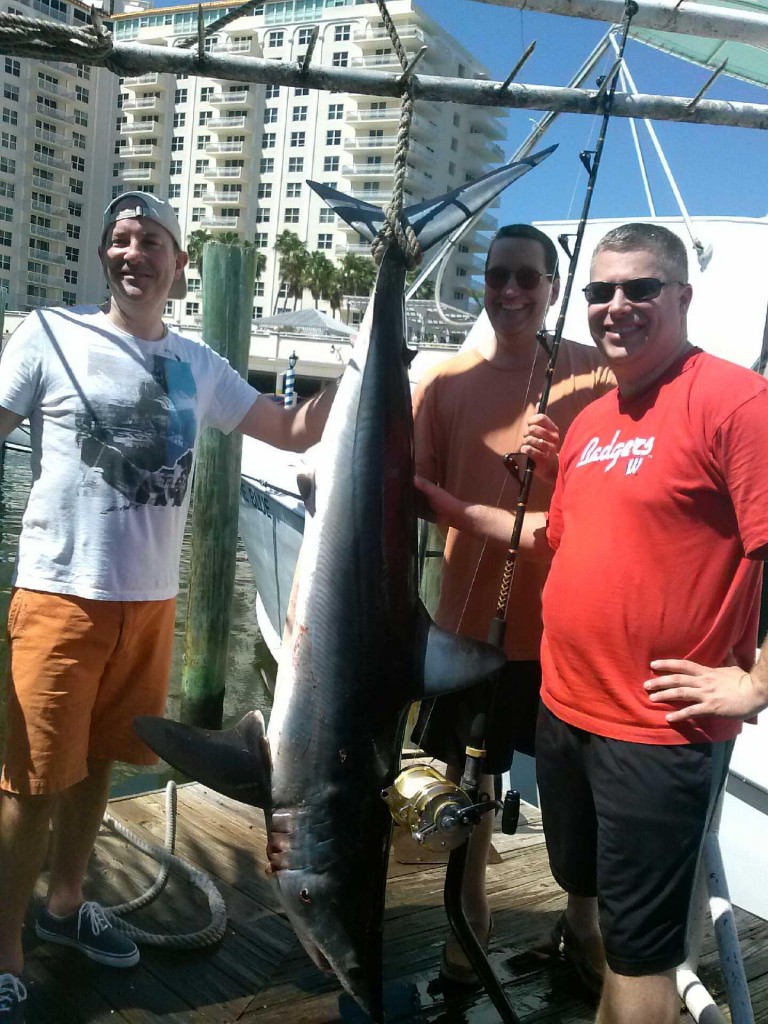 Nice mako shark at the dock after a shark fishing charter

Today was pretty cool, we caught a nice mako shark on a shark fishing charter.  Mako sharks are rare to catch fishing in Fort Lauderdale, so it was a treat for us.  We caught the mako in 350ft of water, kite fishing on the edge of the Gulfstream.  We were shark fishing with a spread of live goggle eyes in the kite and some big shark baits positioned mid-depth and on the bottom.  The mako took the mid-depth bait, a big bonito butterflied and rigged on heavy piano wire (#19 wire).  We knew it was a mako right away because as soon as it took the bait, the mako shot straight up to the surface and skyrocketed, jumping almost 15ft out of the water.  Makos are one of the very few sharks that will jump out of the water when on the line and they are famous for jumping up to 30ft high.  They are an awesome shark, with the gnarliest set of snaggle-teeth you will ever see in a shark.  They are shaped like a torpedo, perfectly hydrodynamic to achieve tremendous speeds.  We caught the mako pretty quickly, in under a 40 minute fight on our 80W Penn International.  This is shark fishing season in Fort Lauderdale and the sharks are snapping, but mako sharks are quite rare for us to catch this far south.  It was very cool to see.  We also caught a nice amberjack deep dropping on a wreck.  Nice fish! 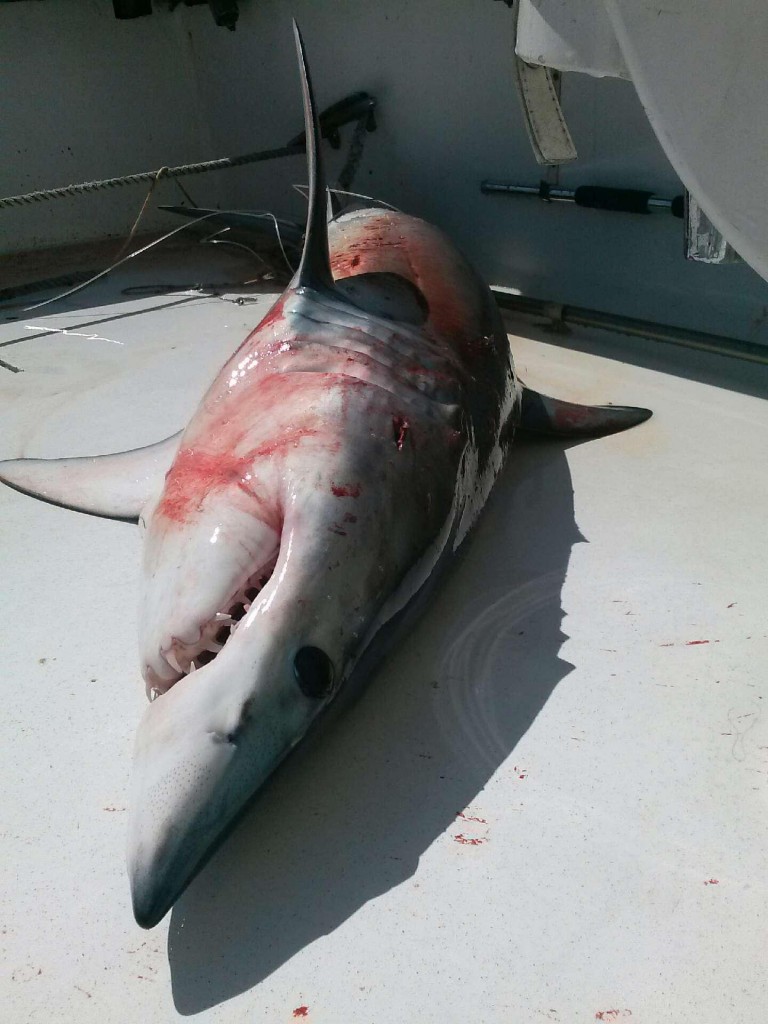 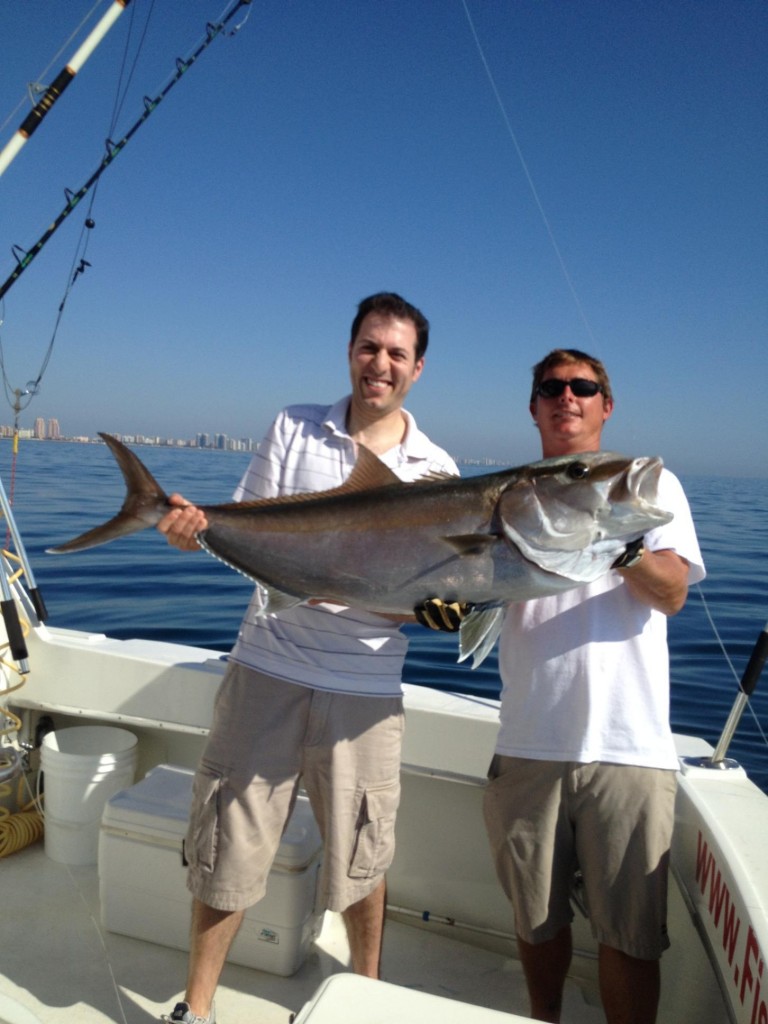