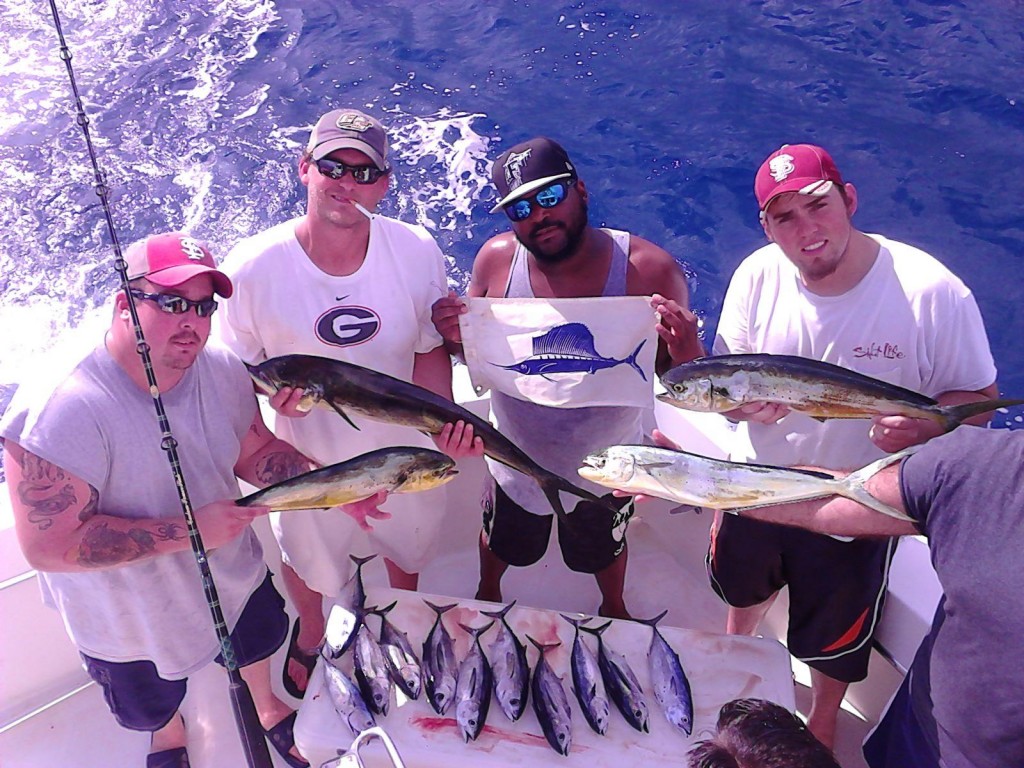 Catch and release sailfish, along with some dolphin and a dozen or more tunas

It’s been another excellent week of Fort Lauderdale fishing.  The dolphin and sailfish bite is still going strong with no signs of slowing down.  Kite fishing for sailfish is all but a sure thing this time of year and the Fishing Headquarters boats are slamming the fleet.  We’ve caught over a dozen sailfish in the past 3 days on our sportfishing charters and a couple more on our drift fishing trips.  Dolphin too are biting great, coming right in on the reef and biting in 100-150ft of water.  Again, we’re catching them on the drift fishing trips and the sportfishing charters.  The strong winds are kicking up the fish and making them bite great. 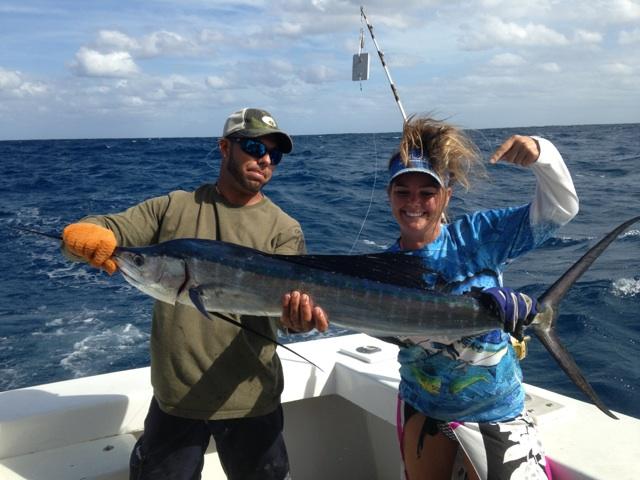 Sailfish caught and released aboard the Out of the Blue.

Sailfish and dolphin are awesome, but they aren’t the only species biting.  We’re also catching a lot of small to medium sized blackfin tunas, some kingfish and some big game sharks.  This big hammerhead was caught and released by Earnest, a lucky angler from Washington D.C..  What a monster!  Also the football sized blackfin tunas are schooling up and biting natural feathers and small lures trolled on the outside edge of the reef.  There’s plenty of action no matter what style of fishing your doing. 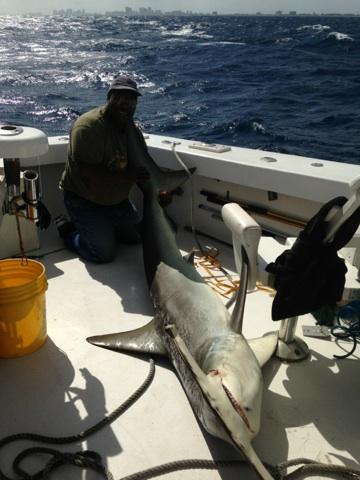