Fish are snapping out of Ft. Lauderdale- Drift fishing and Sportfishing 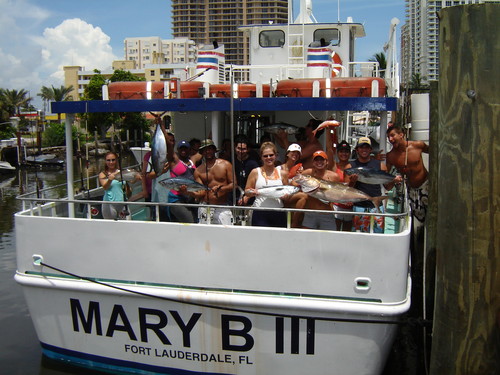 Wow, the fishing is still exceptional off the coast of Ft. Lauderdale.  Usually by now it starts to slack off for a few weeks before the mullet run, but the fish are still biting like mad dogs.  Bonitos, which were few and far between last year, bit better this year than the past 5 years.  Kingfish are too and I was really expecting to see a dropoff on the kingfish bite this year.  It never happened.  In fact, we caught more kings this summer than we did all year last year.  Kings and bonitos aren’t the only fish biting either.  We’re catching lots of snapper, both mutton and yellowtail, and some big blackfin tunas.  Its been a great year for us and the fishing doesn’t seem to be slowing at all for us. 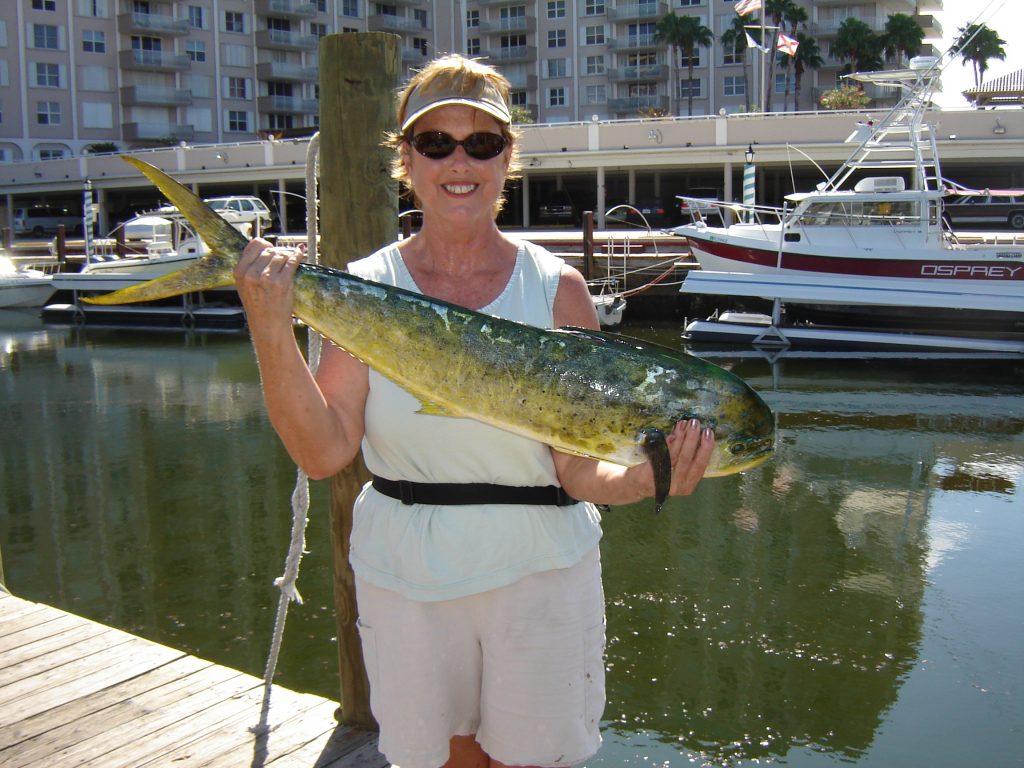 Nice dolphin caught by this lady on our drift fishing trip

The Drift boats had some good catches on kings this week.  Most of the kings were between 6-10 pounds and a couple of them were over 15 pounds.  Some nice ones out there.  Also for those anglers that fished their baits a little deeper, a mutton or two was caught on every trip this week.  Its starting to look a lot like mutton season, get ready for the spawn.  It’ll happen any day now.  Drift fishing has been good this week. 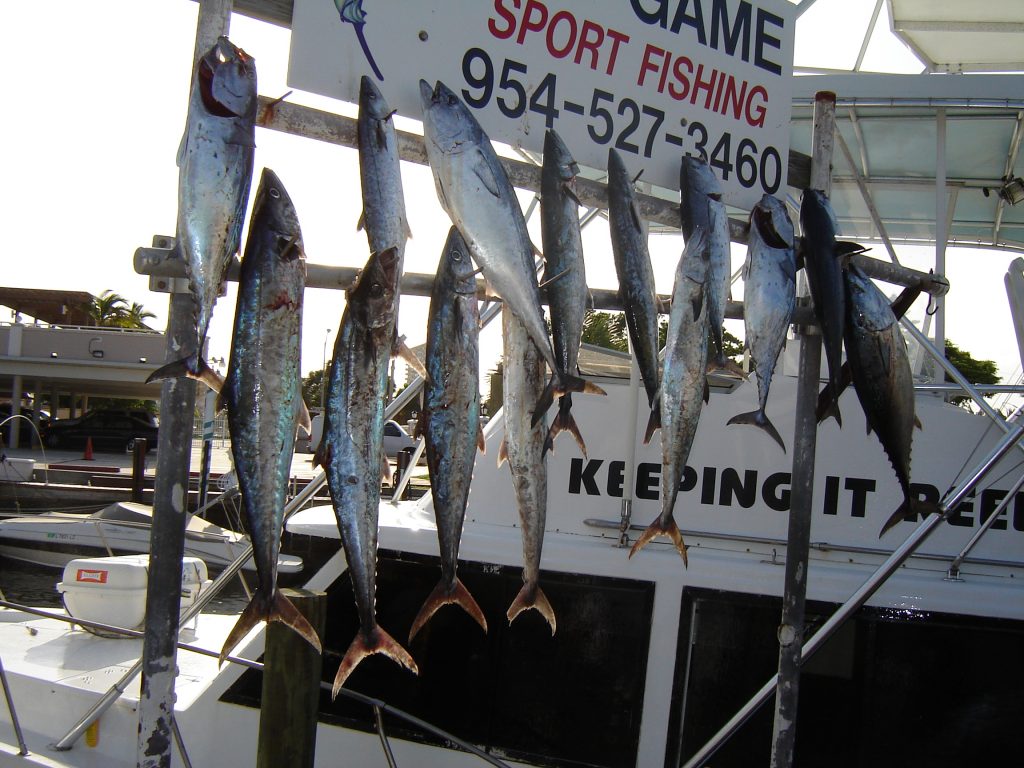 Nice catch on our sportfishing charter

Sportfishing has been awesome too.  Lots and lots of action on the reef with bonitos and kings.  These guys had non stop action on their trip.  They were all gonna go drift fishing but they opted to charter a sportfishing boat instead.  I think they are glad they did, cause they caught a ton of fish.  Not too shabby for a half day fishing trip. 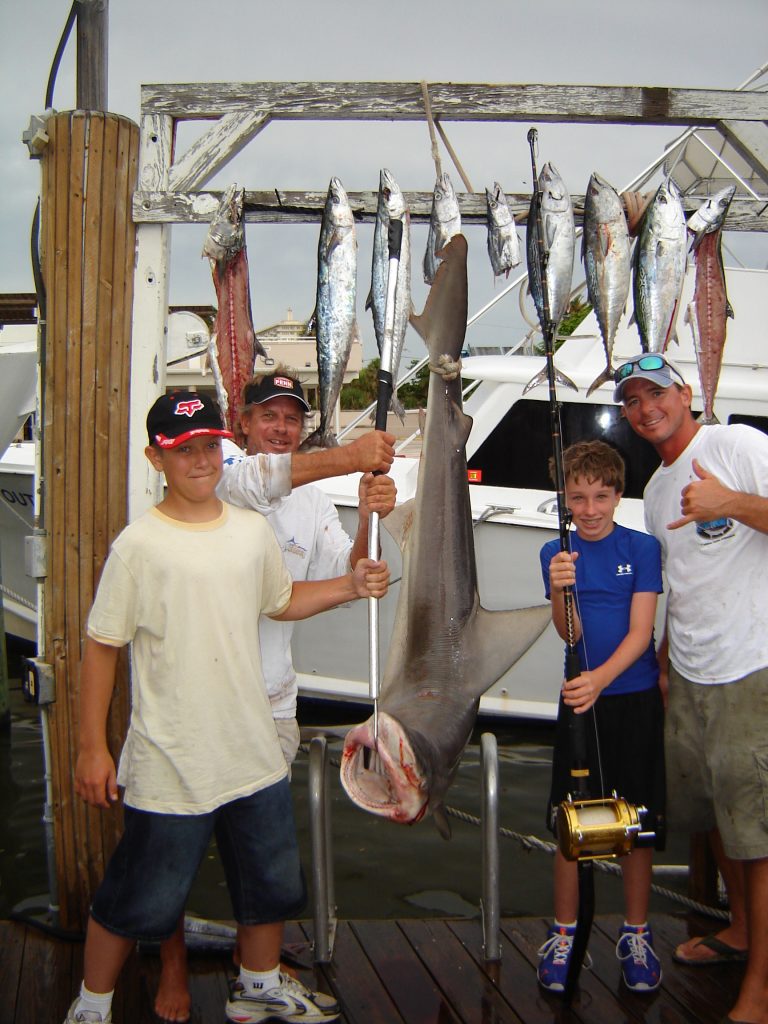 Great catch on our sportfishing charter in Fort Lauderdale

This sportfishing trip was just unspeakable.  A huge game shark was caught, about a 6 footer.  Also a giant barracuda and some nice kings and bonitos.  There wasn’t much time on this trip for fishing, they were too busy catching.  Fort Lauderdale fishing has been great everyone, so get out there and try a fishing trip.  They are snapping!