Huge Wahoo Caught on the Friday Night Swordfishing Trip out of Ft. Lauderdale 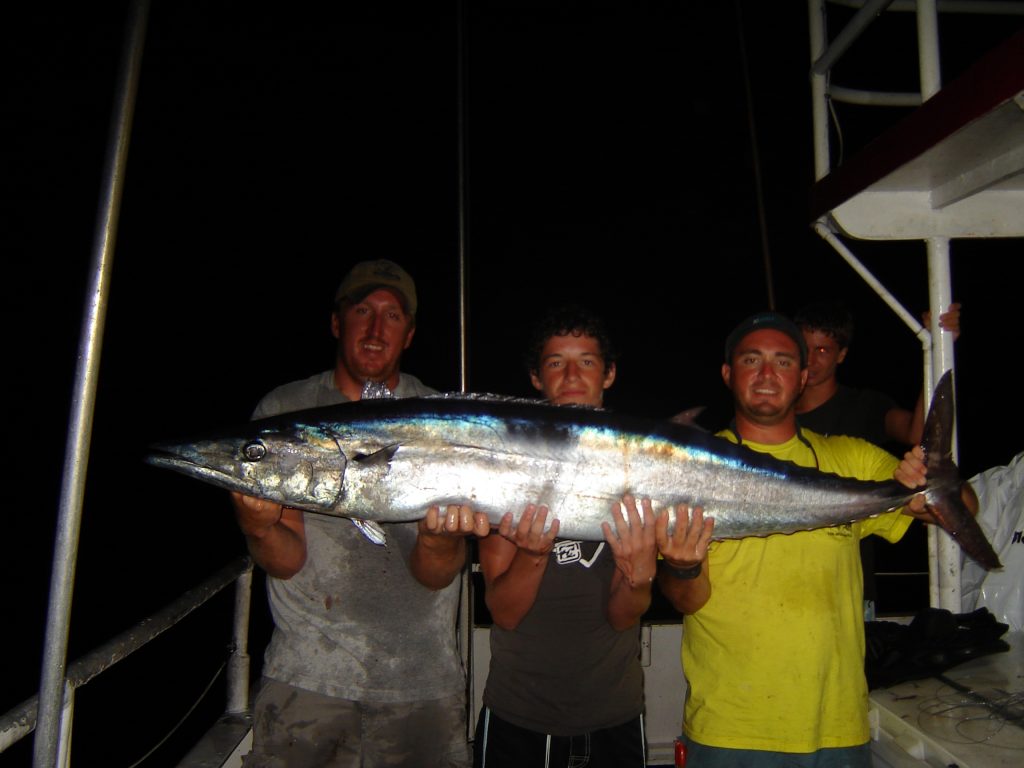 We went out Friday night looking for the big swordfish.  We couldn’t find a swordfish out there that night to save our lives.  In fact, there were a lot of fishing boats out there on Friday and not a one of them caught a swordfish that  night.  It was just a slow night, the swordfish were taking a night off I guess.  Anyway, we didn’t get a swordfish, but we caught a huge wahoo.  It was the first bait we set out, a rigged squid.  Thats amazing because squid is hardly the best bait for a wahoo.  Wahoo are the fastest fish in the ocean and usually prefer a fast moving bait.  A dead squid drifting is not the bait of choice.  Well he ate it, and screamed a huge run off, smoking the reel.  We were using monofilament leader.  It was a miracle the wahoo’s razor sharp teeth didn’t cut through it, but we got lucky.  The fish ended up being about a 60 pounder, huge for a wahoo out of Ft. Lauderdale.  Wahoo are irridescent in color when they come up to the boat and are really beautiful fish.  Anyway, this guy caught him and it was a beauty.  Unfortunately, this was the only fish of the trip that night.  We were after swordfish, but if the swordfish aren’t going to bite, I’m glad this fish did. 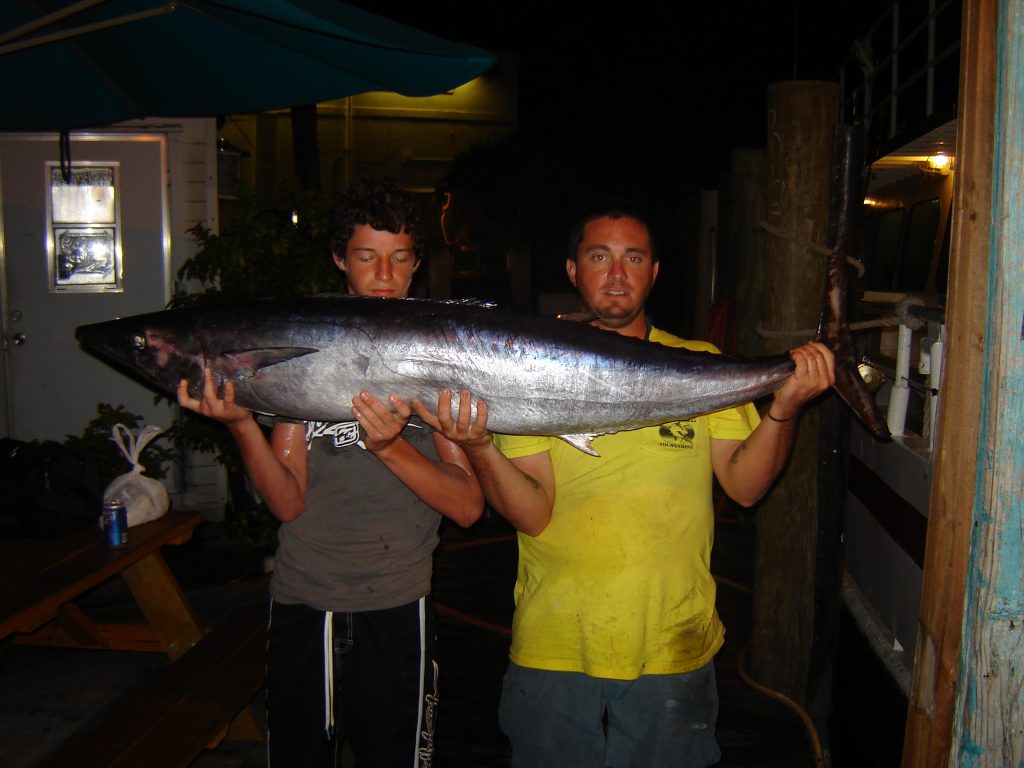 Our deep sea sport fishing boats have been gettting good action too, during the day.  This was a catch from yesterday, lots of action on the reef.  We caught a whole mess of bonitos and kingfish.  A couple of those kingfish are pretty nice size.  Everyone got to catch a couple fish though, and we had action the entire trip.  The fishing rods were bending every time we put a bait down.  It was hard to actually get a full spread of lures out there.  Chuck, the mate on the boat earned his money on this trip.  We also caught some medium sized barracuda that we released.  Everyone got some fresh kingfish for dinner tonight.

Fish are still biting so catch them while you can. 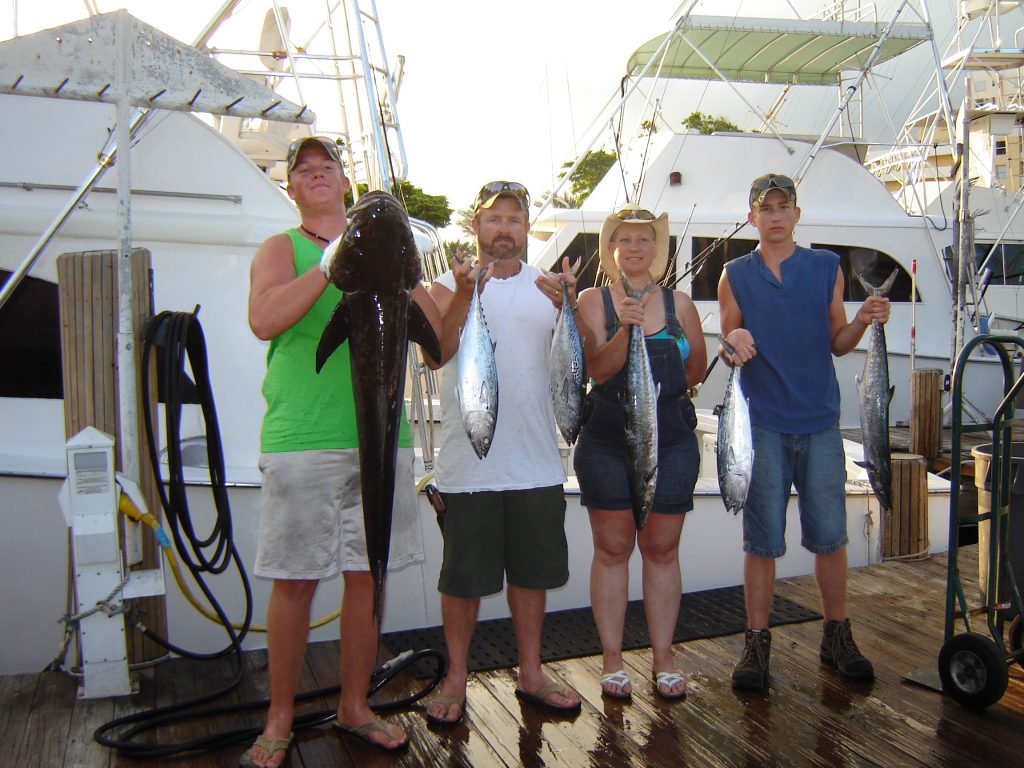 This is the hot time of year in Fort Lauderdale for action.  Soon it will be fall and the bonitos and kingfish will be gone.  We’ll be spending our days fishing for those elusive sailfish and tuna.  But for now, the action is hot so Lets Go Fishing!