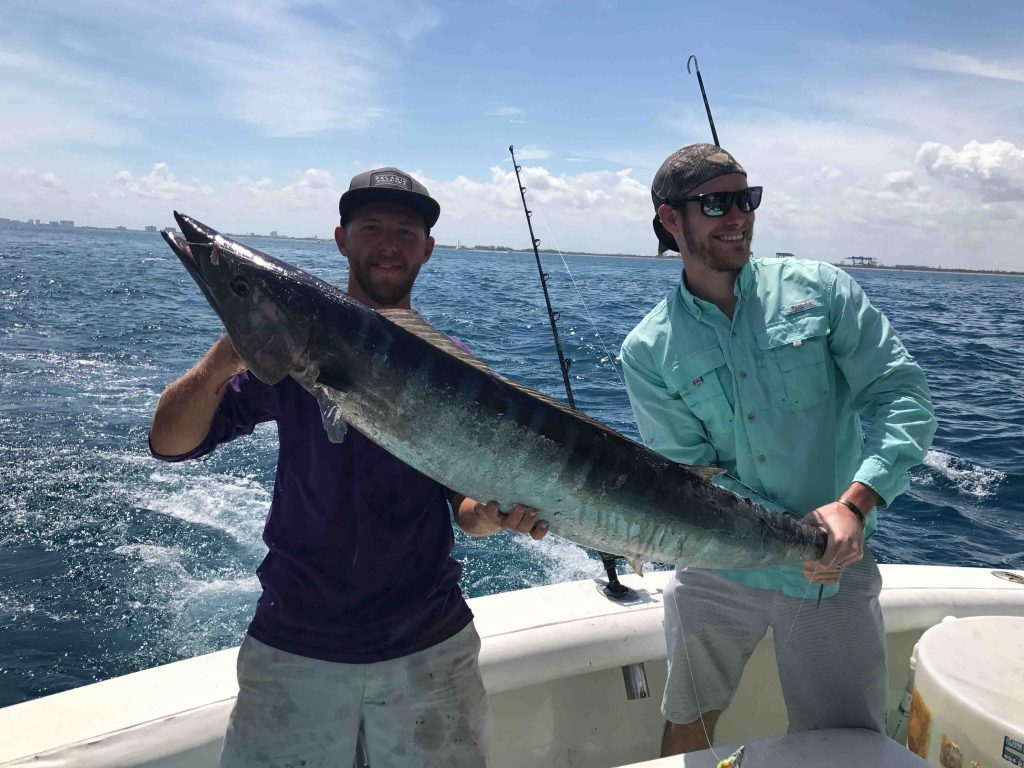 Nice wahoo caught on our sport fishing charter out of Fort Lauderdale.

The fishing in April is great… and so is the catching!  We’re catching a variety of fish this week on both our drift fishing and our sportfishing charters.  First off, on our drift boat we’re catching quite a few yellowtail, mangrove and mutton snappers.  These are our main target and they are biting good for us on the third reef in about 80ft of water.  On days when the current is strong, the fish move in shallower so they don’t have to expend so much energy to hold position, so we move in shallower too.  Day trips are catching a nice mix of snappers along with grunts, porgies, triggerfish and some groupers.  Groupers are biting pretty decent out there, but I don’t mention them much because they are out of season and have to be released regardless of size.  On May 1, the grouper season opens and we’ll be sure to target them much more once we can keep them.  For the anglers fishing the drift boat trips looking for larger fish, the kingfish and bonitos are biting decently.  You always get more action fishing the bottom baits, but if you want to go for something larger, fish a whole sardine or ballyhoo on a mid-depth rig and you might get lucky with a nice kingfish, bonito, tuna or cobia.  All of those species are out there on the reefs right now. 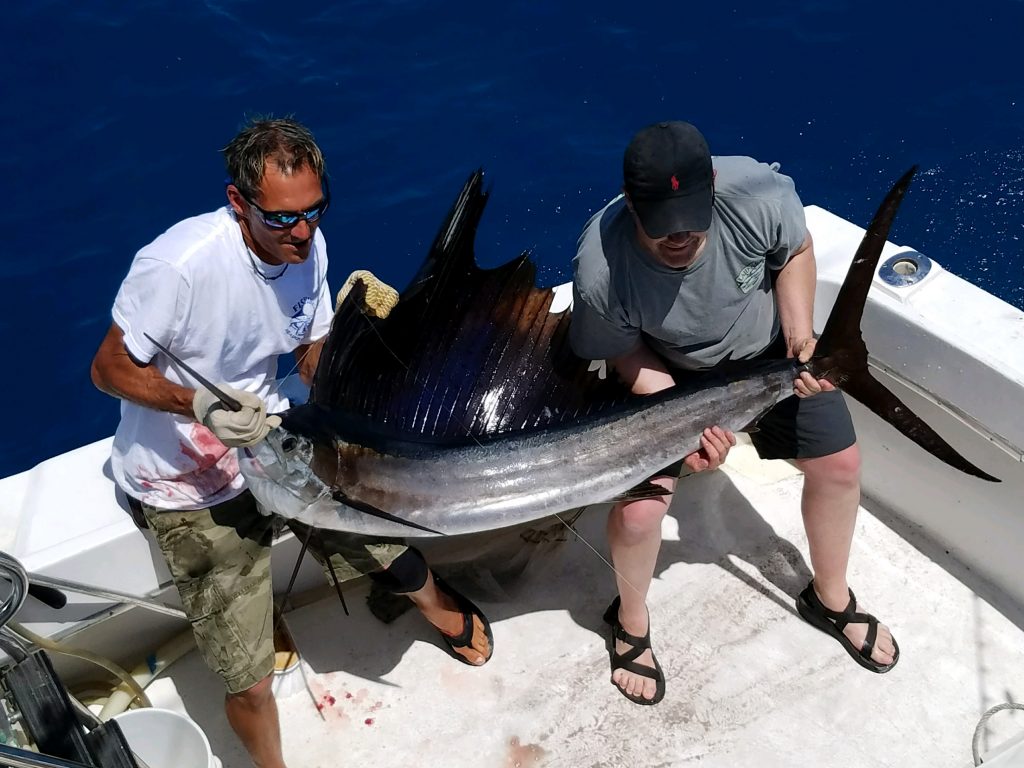 Our sportfishing charters really shine this month.  April is the mahi-mahi spawn where the fish come right in on the reefs in only 100-150 ft of water to get their spawn on.  Any day when we get a strong East wind is a good day for mahi-mahi dolphin fish.  Coincidentally, the strong East wind days are also the roughest days to fish out there, but it’s worth it.  The big waves create action on the top of the water, and as a rule, activity generates more activity.  It’s a great cycle and it really gets the fish hungry and aggressive.  April is famous for big dolphin, right in on the reefs.  Along with dolphin, we also get a lot of other cool gamefish such as wahoo, tuna, sailfish and sharks; activity generates activity. 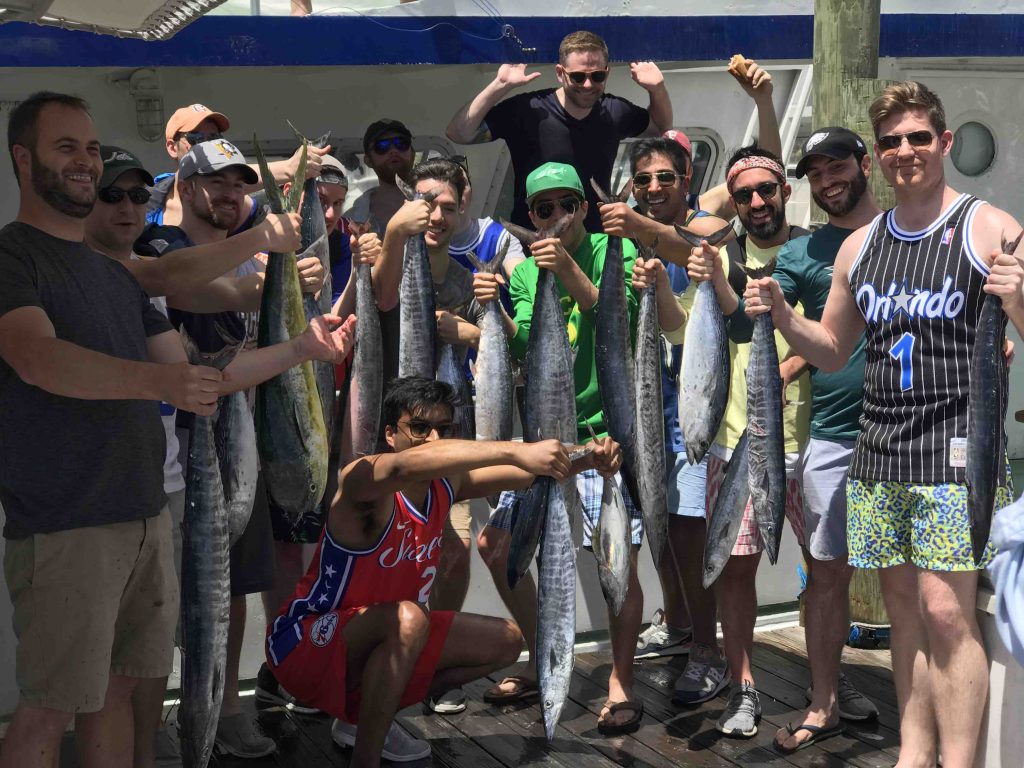 11 wahoo and some mahi-mahi caught by this bachelor party fishing charter.

We had some off-the-scale Ft Lauderdale wahoo fishing this past week.  We run a lot of bachelor party fishing trips on our boat the Mary B III, which is set up to take out larger groups on sportfishing charters.  This group had 13 guys and they did a half day fishing charter with us on the Mary B III.  From the second we first put our lines in the water until it was time to head back, we caught wahoo after wahoo after wahoo.  It was an incredible trip and we caught a total of 11 wahoo, plus a few mahi-mahi and tuna.  Fishing trips that good are few and far between. 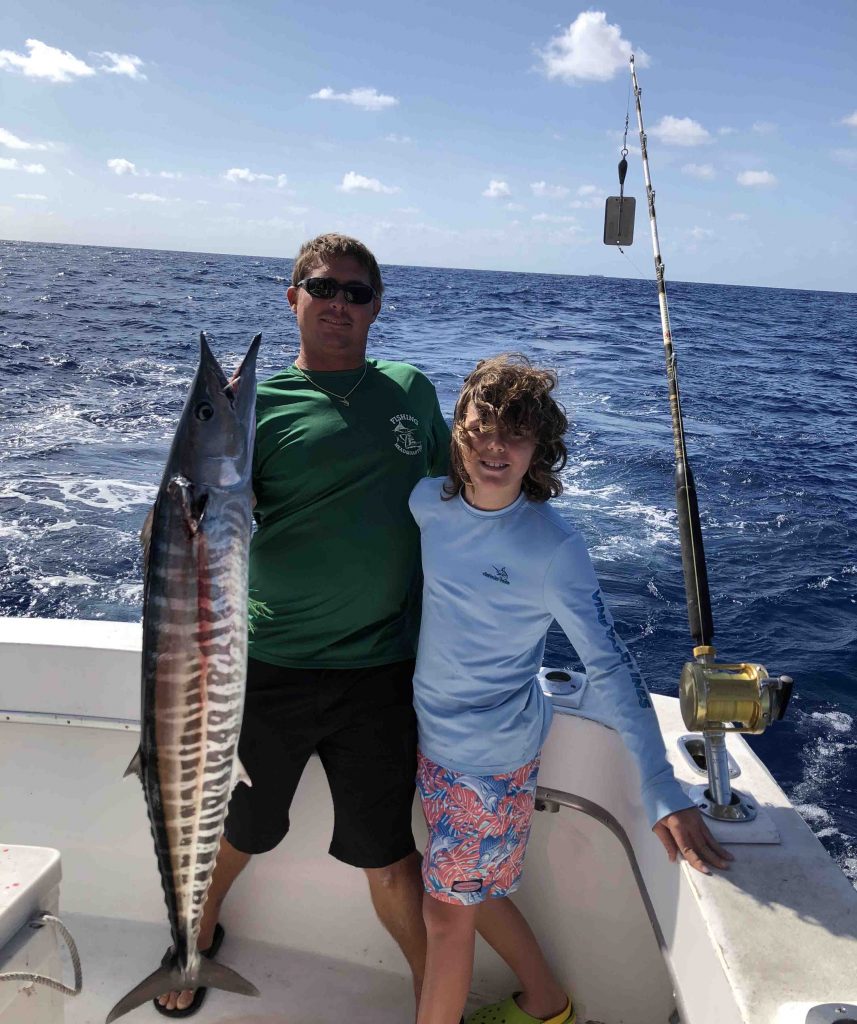 This wasn’t the only trip we’ve caught wahoo on this week.  Capt Paul caught a 70 pound wahoo a few days ago on a lucky bite while pulling live bonitos around, as well as another trip a day later when he caught 4 good size wahoos.  The wahoo fishing lately has been the best I think I have ever seen.  Either that or we’re just getting really, really good at it. 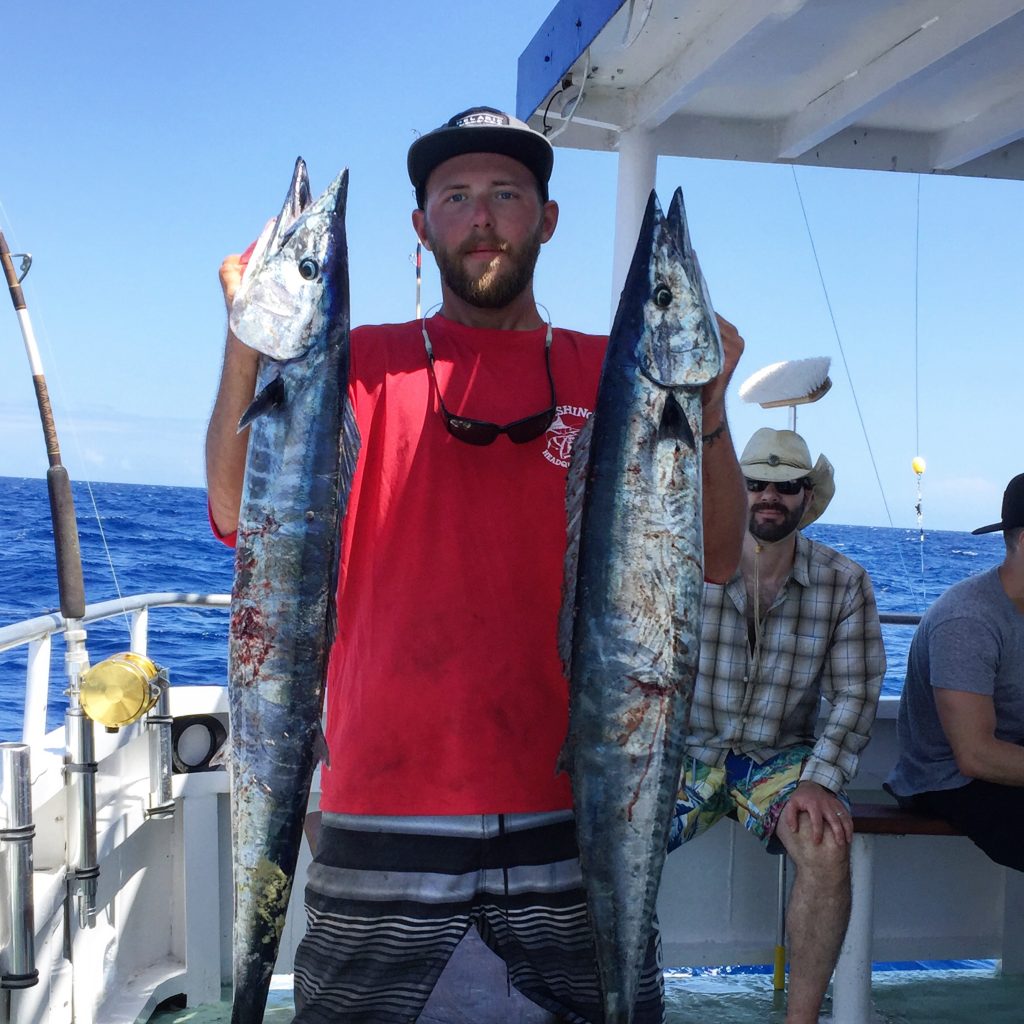 April is the top month to fish Fort Lauderdale.  Just about everything is biting this month and we catch some of the biggest fish of each species that we will all year long.  May is really good too, but don’t wait to fish.  Come fishing now if you can while the fishing is good.  Good luck to everyone fishing out there this month.  I’ll sea ya on the water! 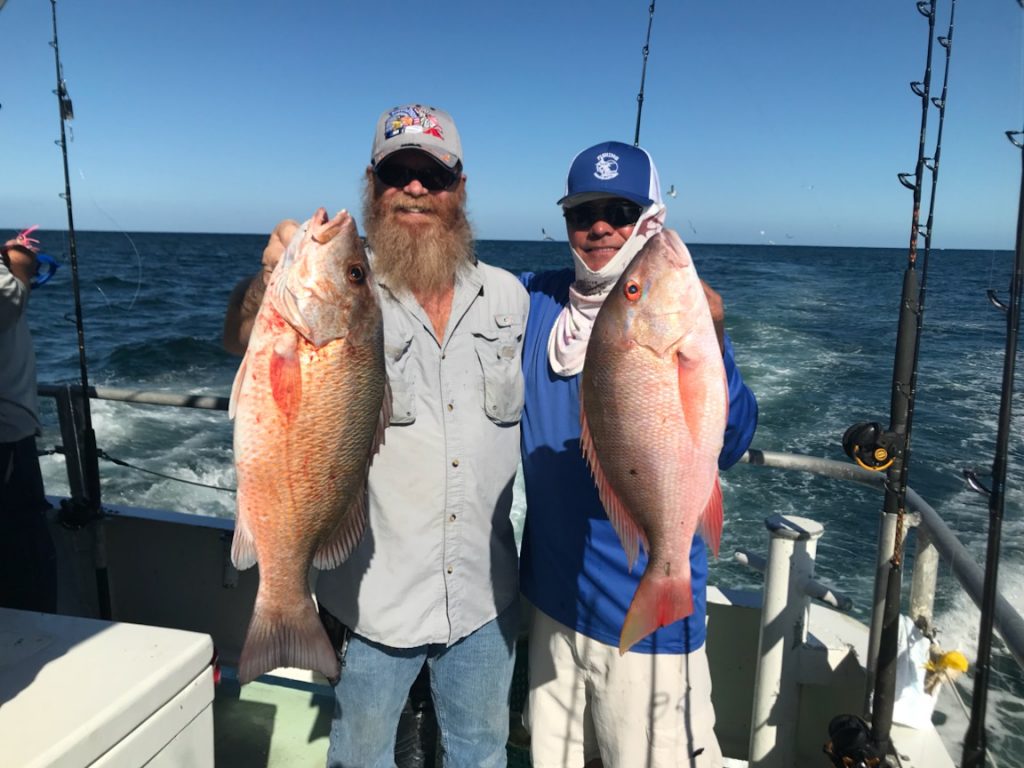 Nice mangrove and mutton snapper caught by these lucky anglers on our drift fishing trip.