By Andrew RoydhouseMarch 15, 2014Uncategorized
No Comments 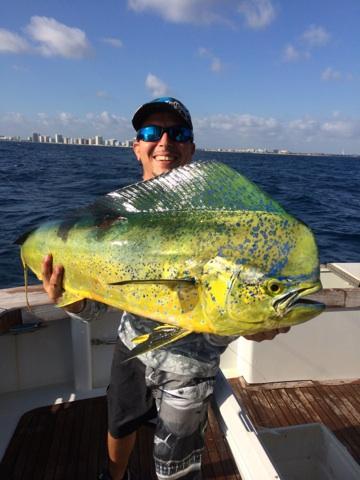 Beauty of a dolphin caught sportfishing in Fort Lauderdale

It happens every year.  Whenever we get a strong easterly wind in March, the dolphin fishing action heats up in Fort Lauderdale.  Dolphin come right in on the reef to do their annual spawn.  These dolphin, normally an offshore fish, are being caught inshore of 300ft of water, just outside the reef.  While there are some schoolies mixed in, many of the dolphin we’re catching right now are nice size ones, 10-20 pounders.  This is the all-around best time of year for dolphin fishing.  It usually lasts anywhere from a couple weeks to a month and a half, depending on how long we get the strong winds out of the east. 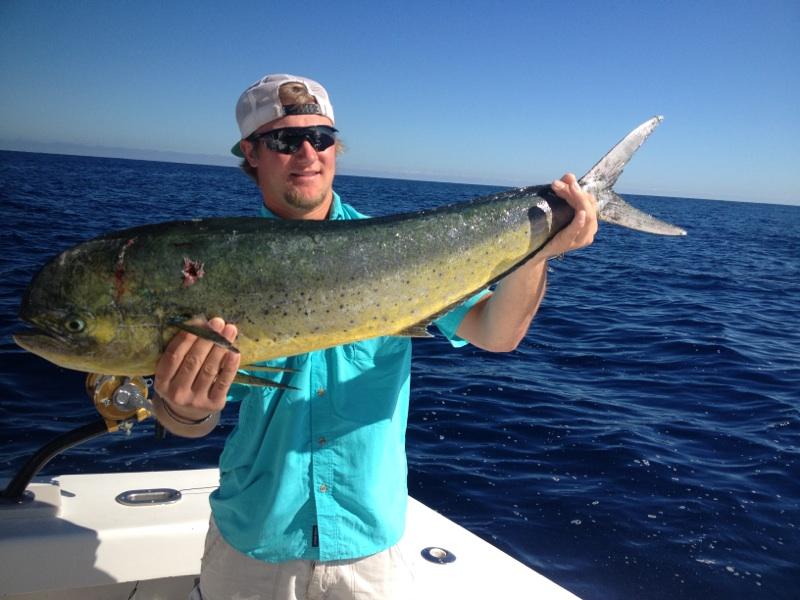 Dolphin fishing is awesome but they aren’t the only fish in the sea.  This is also a great time for sailfish fishing, pretty much the same waters where we’re catching the dolphin.  Sailfish feed on the same baitfish and swim in the same water column as dolphin do, so we catch both species doing the same fishing techniques.  Kite fishing and trolling are the best fishing techniques to target these surface feeding gamefish.  This week, the sailfishing has been going off, especially in the afternoons. 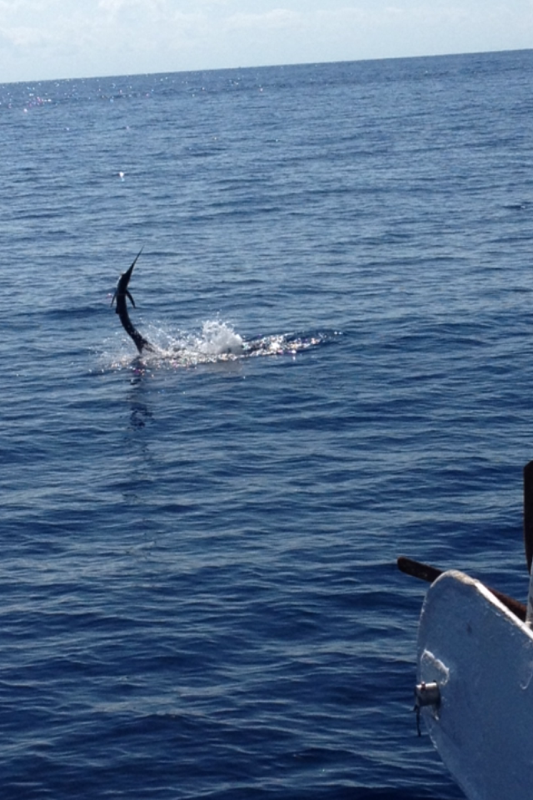 One of 2 sailfish caught today on the Mary B III

Wahoo, tuna and kingfish are also biting pretty good on the reef.  This time of year, just about everything is biting.  Trolling is especially good this season because the boat is moving and you can cover a lot of territory. 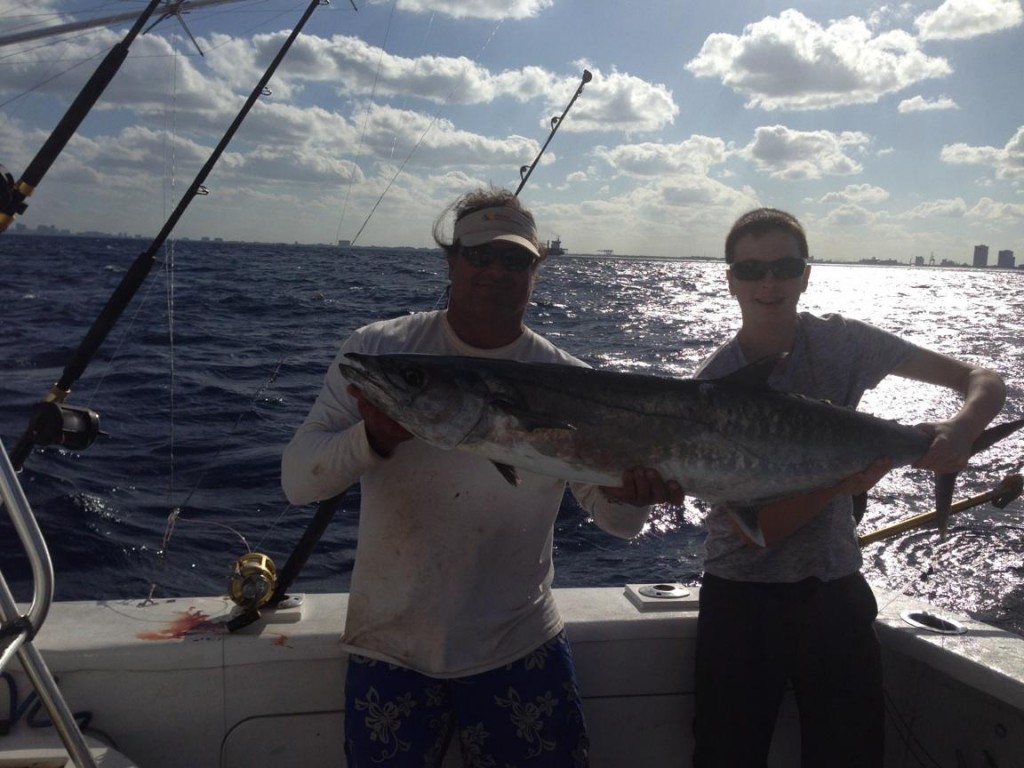 Wreck fishing is also great this time of year because of the amberjacks.  Big amberjacks stack up around the shipwrecks in 200-300ft of water.  The wrecks are a great source of food with the numerous schools of baitfish that also make these shipwrecks their home.  Amberjacks are tremendous fighters.  They are extremely fun to catch as they put up one helluva fight.  Groupers are around the wrecks too, but unfortunately, if you catch one, you have to throw it back.  Groupers are out of season until May 1.  Fortunately with all the dolphin action, sailfish around and amberjacks around the wrecks, there’s plenty of fish to keep an angler busy.  Good luck to everyone fishing this week. 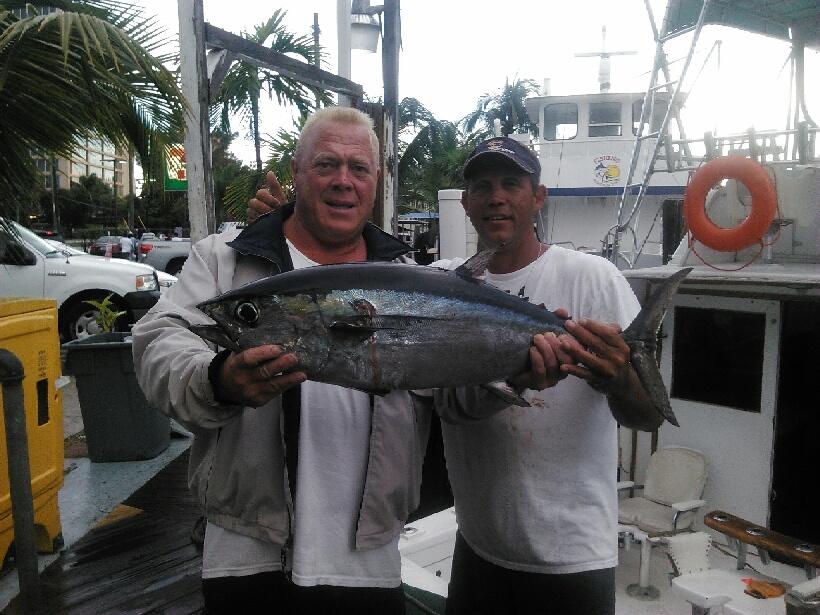