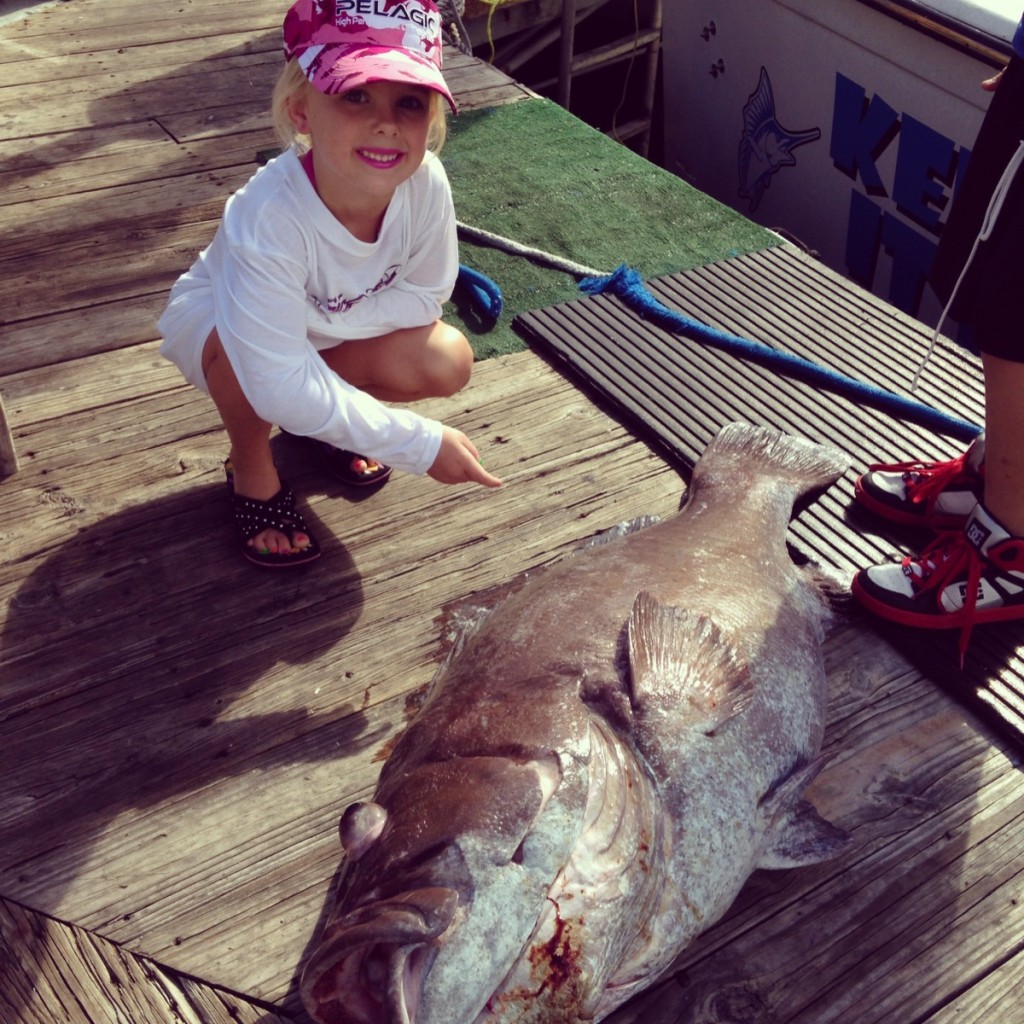 The fishing during the Christmas holiday was surprisingly good.  This is usually a tough week for fishing with all the boats fishing out there.  It makes for a lot of competition for fish.  Contrary to my expectations for a slow week, we actually did very well.  There were a few sailfish caught, a couple monster hammerhead sharks, some scattered mahi-mahi and tunas, a few wahoo and lots of snappers biting on the bottom.  It made for a lot of variety in our catches, depending on whether our customers wanted to go after edible fish, action or big game. 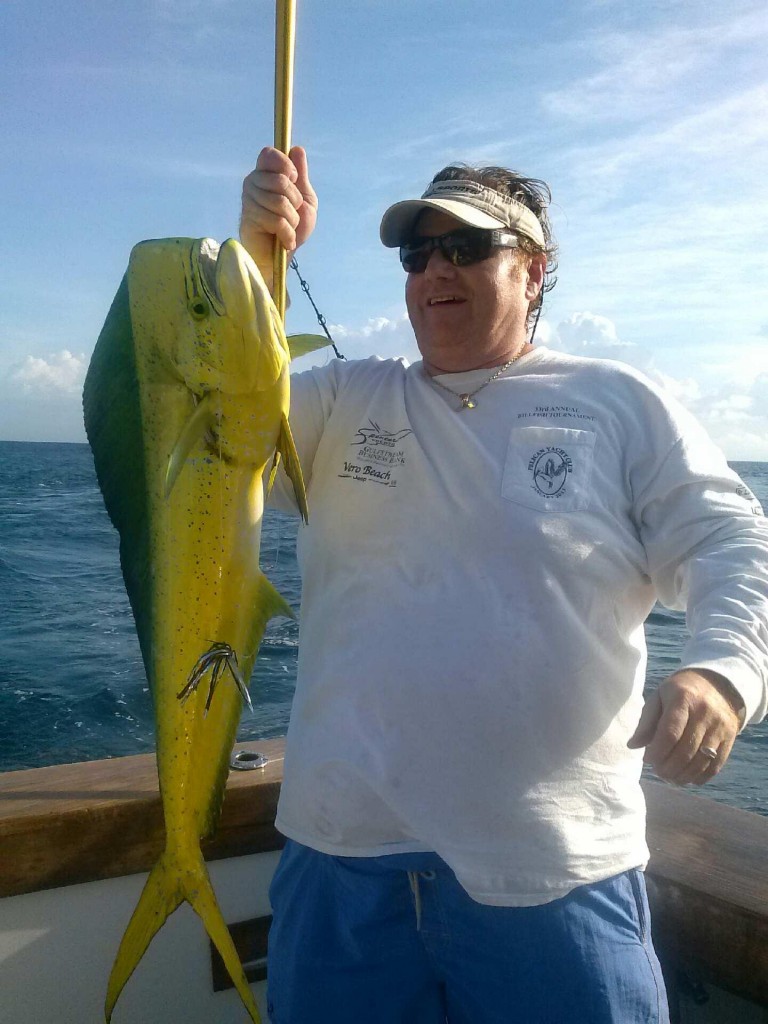 Wahoo bit really good for us during the couple days surrounding the New Moon.  Wahoo are very dependent on the moon phase and bite particularly well during the new moon and full moon phases.  This is most likely because those are the times when we get the largest tide changes through our waters.  Several large wahoos were caught on those days including this double header wahoo caught by Tim and his son.  Tim had a great day with a double wahoo, 2 mahi-mahi a 15 pound blackfin tuna and several bonitos. 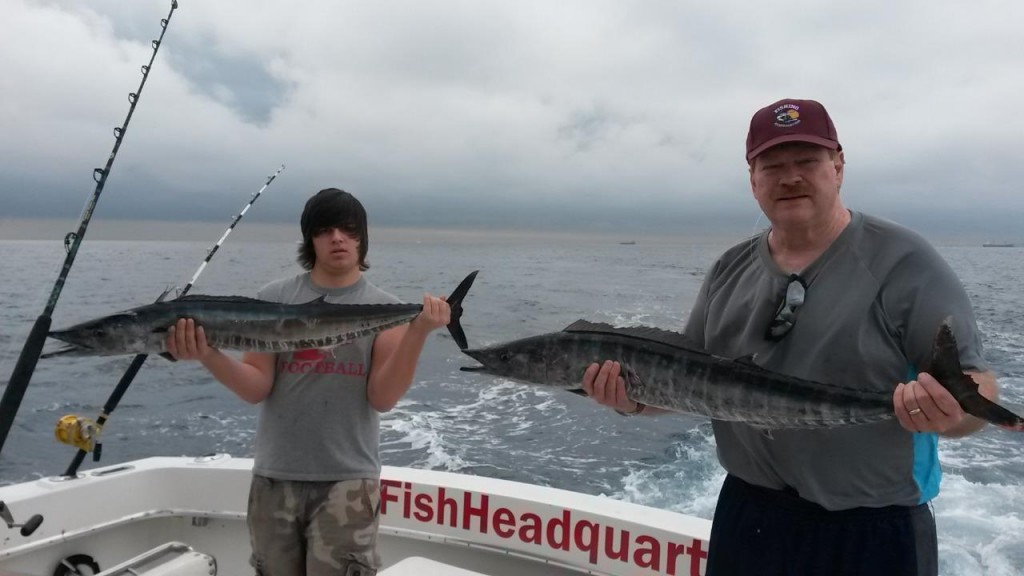 The sharks are here early this year!  A few nice hammerhead sharks were caught this week on our sportfishing charters.  The shark season usually doesn’t start getting productive until February, but this year it seems to have started early.  February through late May is prime time to go out and do a shark fishing charter with us. 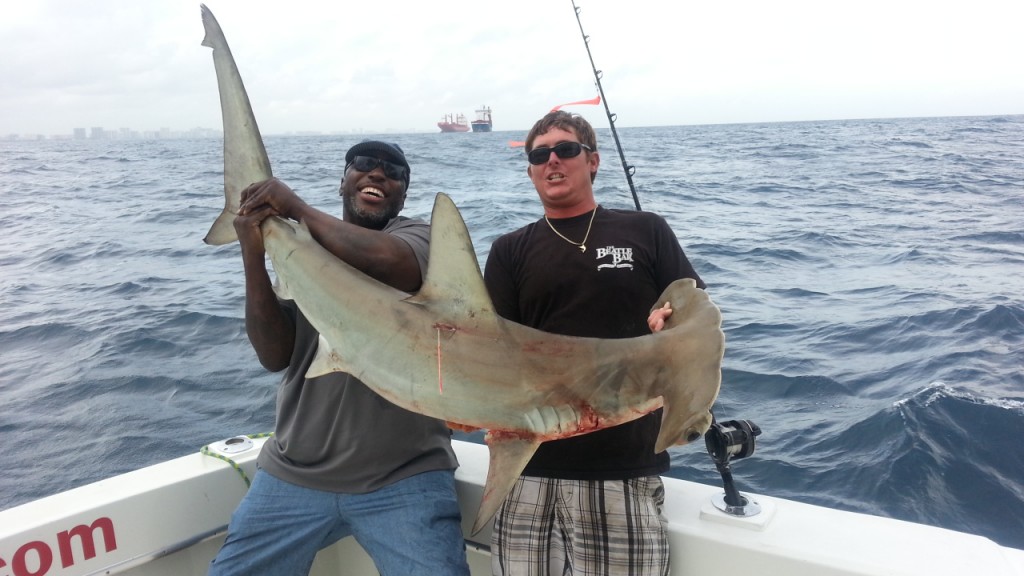 Snappers and groupers are also biting on the bottom and have been giving us the best action on our trips.  Snapper fishing is a lot of fun because we drop multiple hook chicken rigs down, baited with squid, and we can catch them 3 or 4 at a time.  It’s a quick way to fill the box with some good eating fish.  You can even get lucky can catch a monster such as that big warsaw grouper at the top of this posting.  A few cobia are also biting and can be caught when doing some deep dropping around these shipwrecks. 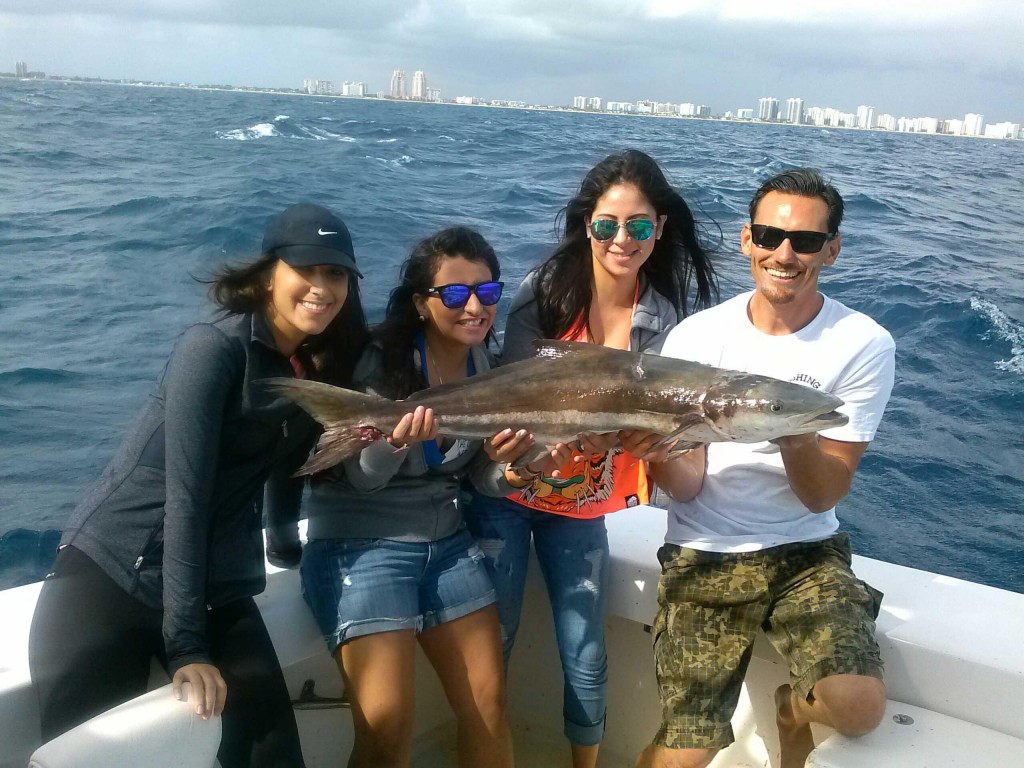 Nice cobia caught by these girls sportfishing in Fort Lauderdale

All in all, it’s been a great week of fishing with a lot of really good trips.  Of course we have some slow days too, it’s part of fishing.  As we get deeper into January, expect the sailfish bite to improve a lot, more mahi-mahi to show up, wahoo action around the full and new moons, and more and more bottom fishing action.  Good luck to everyone fishing out there and make sure to LIKE US on facebook to see what we’re catching every day.  www.facebook.com/FISHINGHQ.  Sea ya on the water. 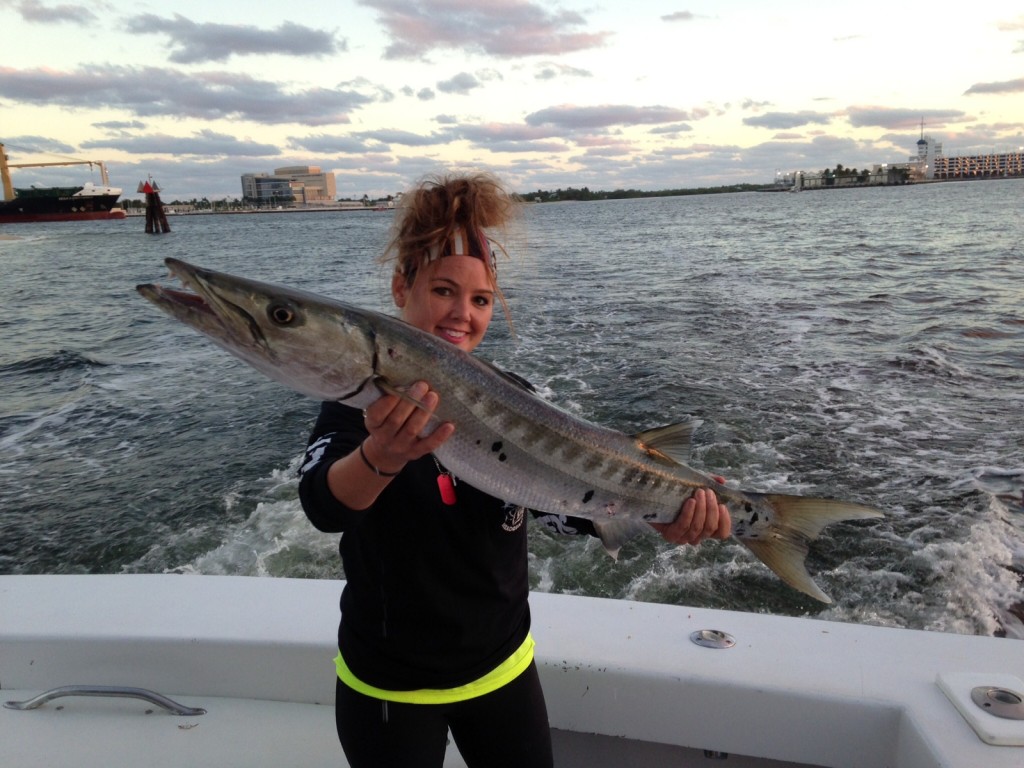