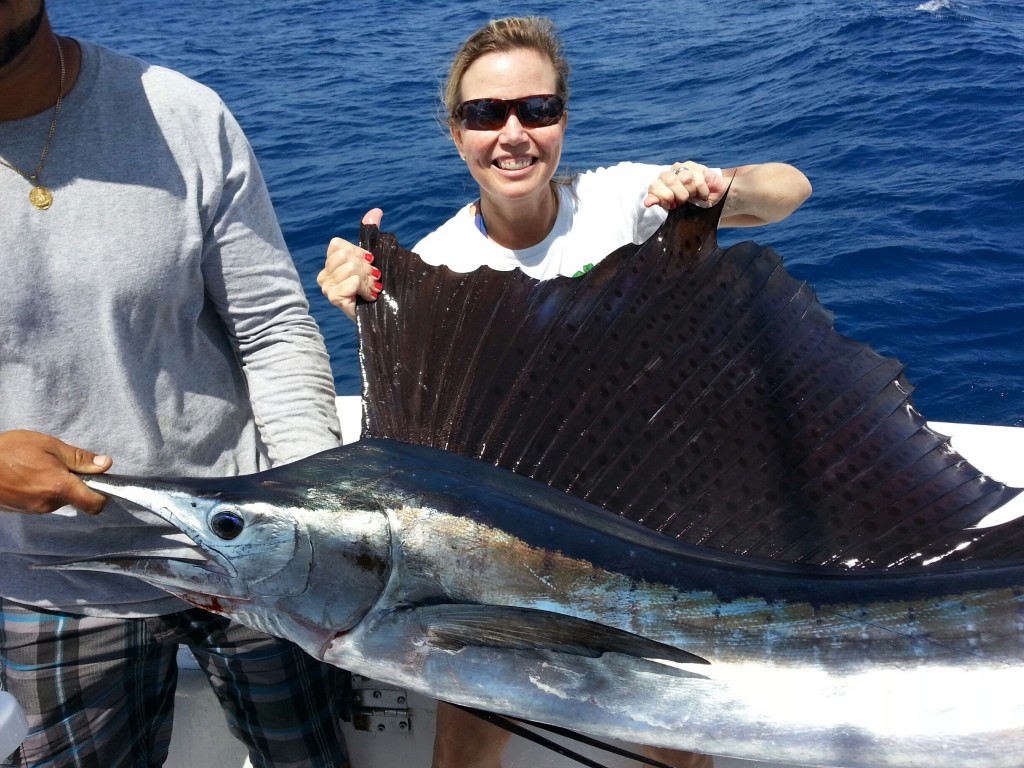 A great sailfish bite is going on this week in Ft Lauderdale, especially being so late in the year.  The recent cool weather has definitely had an impact on the sailfishing. Sailfish bite really good when the wind gets chilly.  Kite fishing outside the reef in 160+ feet of water has been the best bite lately fishing off Ft Lauderdale.  Live goggle eyes and mullet work best out of the kite, but we’ve caught a few sailfish on blue runners and pilchards this week too.  While you’re kite fishing in that zone, be ready for a school of mahi to swim up on you.  They travel through that same area and kite baits will draw in inquisitive fish like mahi-mahi and sharks just as effectively as sailfish. 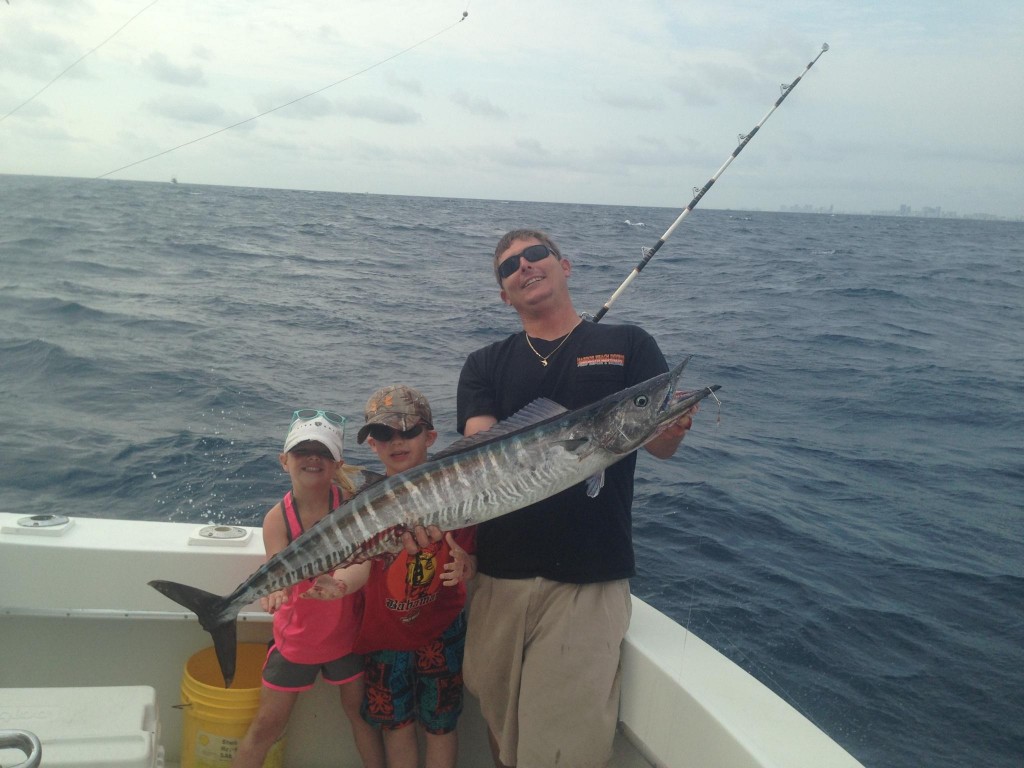 Wahoo are also biting good fishing Ft Lauderdale this week.  These wahoo are biting best on the troll, trolling lures and artificial baits at a fast clip.  Wahoo are the fastest fish in the ocean and you can literally NOT troll a bait too fast for wahoo.  Our best wahoo bites have been in 300-400ft of water, trolling inside and out the edge of the Gulfstream along the color change.  A lot of small-medium sized blackfin tunas are also in this area.  Trolling a few natural feathers behind the boat in addition to our bigger wahoo baits gets us good action doing this technique of fishing. 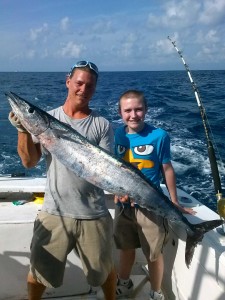 There’s a lot of good action to be had fishing Ft Lauderdale this week.  Sportfishing boats are catching a lot of good sized gamefish as well as action.  Reefs are holding sailfish, mahi-mahi and wahoo, and the wrecks are holding jacks, grouper and cobia.  There is plenty to be caught no matter what you’re after.  Let’s go fishing!