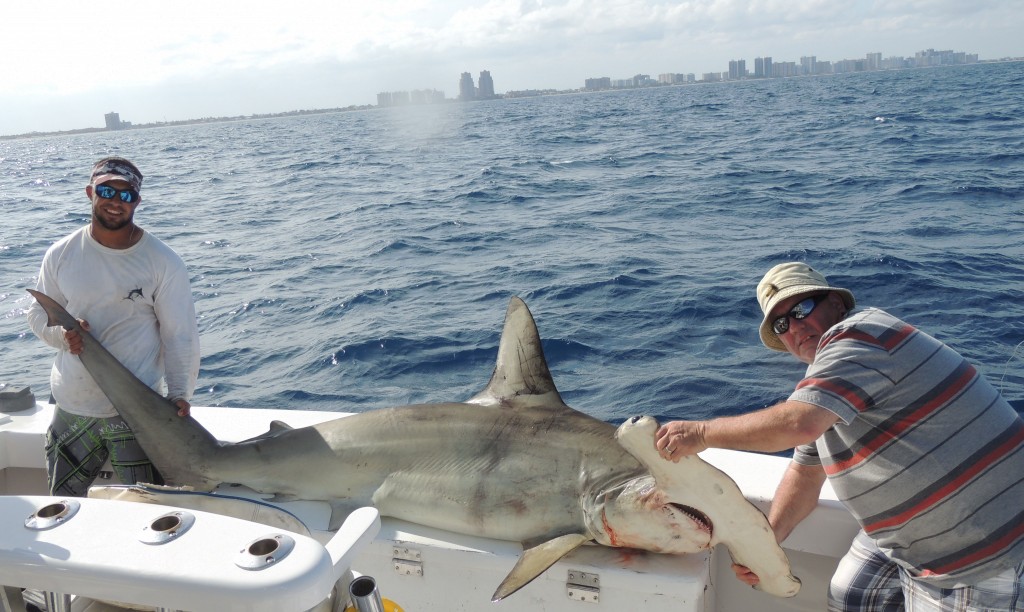 The sharks are snapping off Fort Lauderdale.  This year’s annual shark migration down our coastline is fully underway.  Hammerhead sharks, Fort Lauderdale’s most sought after game shark, are abundant in 350ft of water.  This is the depth where the Gulfstream waters meet with the cooler inland waters, and a temperature gradient is formed.  Sharks and other top predators like to patrol along this ‘current edge’ which is usually rich in prey.  April and May are the 2 best month for shark fishing in Fort Lauderdale. 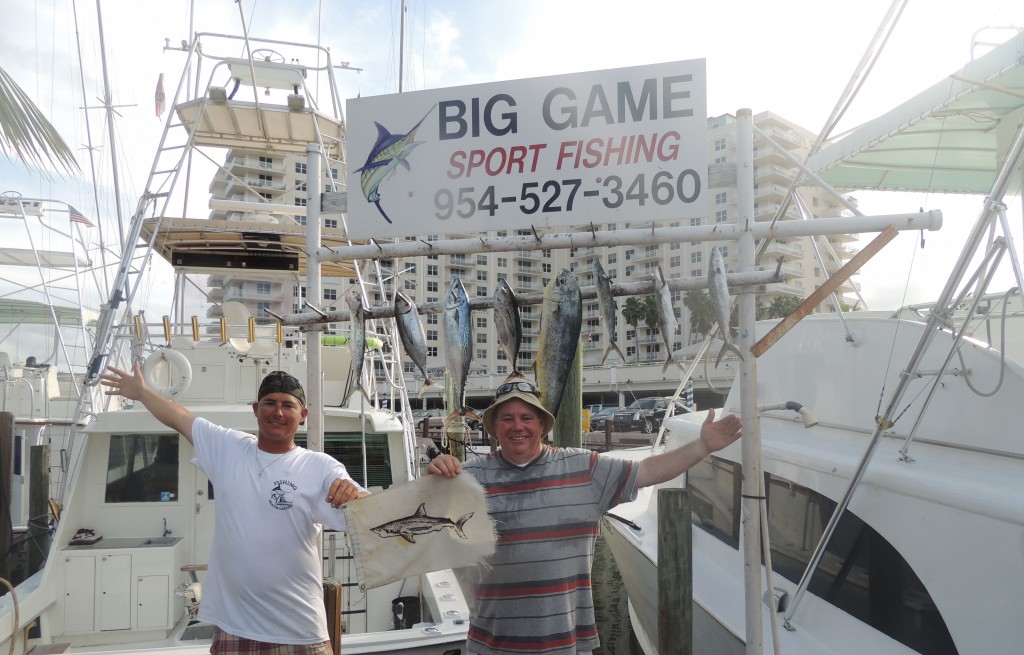 This is a fishing trip the other day with Steve and family.  We went shark fishing and were lucky enough to catch  a monster hammerhead shark.  We didn’t just stop there.  We also caught some tunas, mackerels and a nice mahi-mahi.  Not bad for a half day fishing charter in Fort Lauderdale.  The sharks are really biting so if you want to catch a big one, NOW is the time to go.  Let’s go fishing! 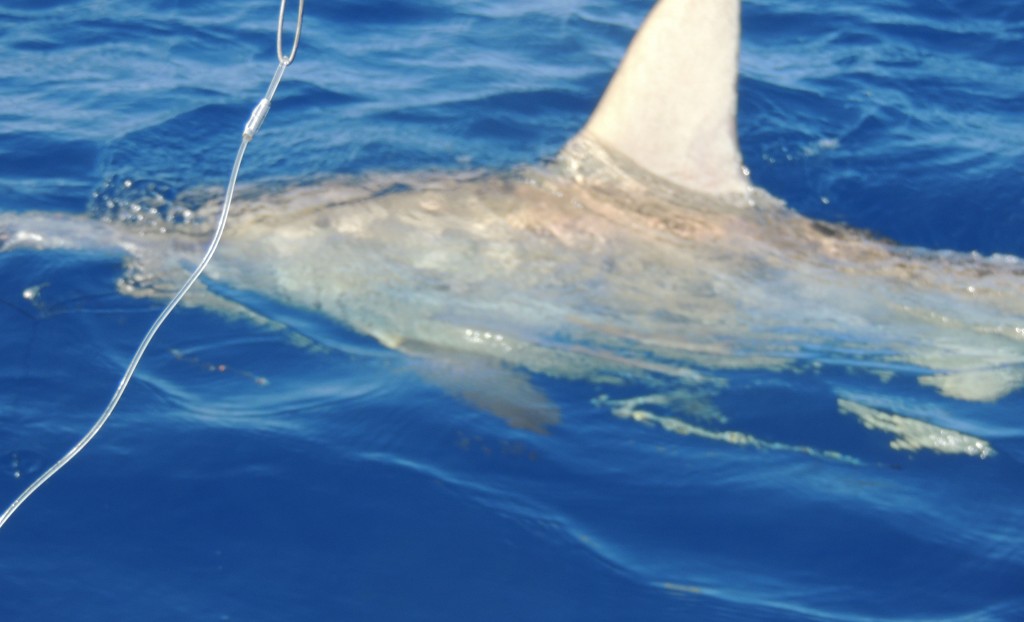 Big Hammerhead shark in the water next to the boat 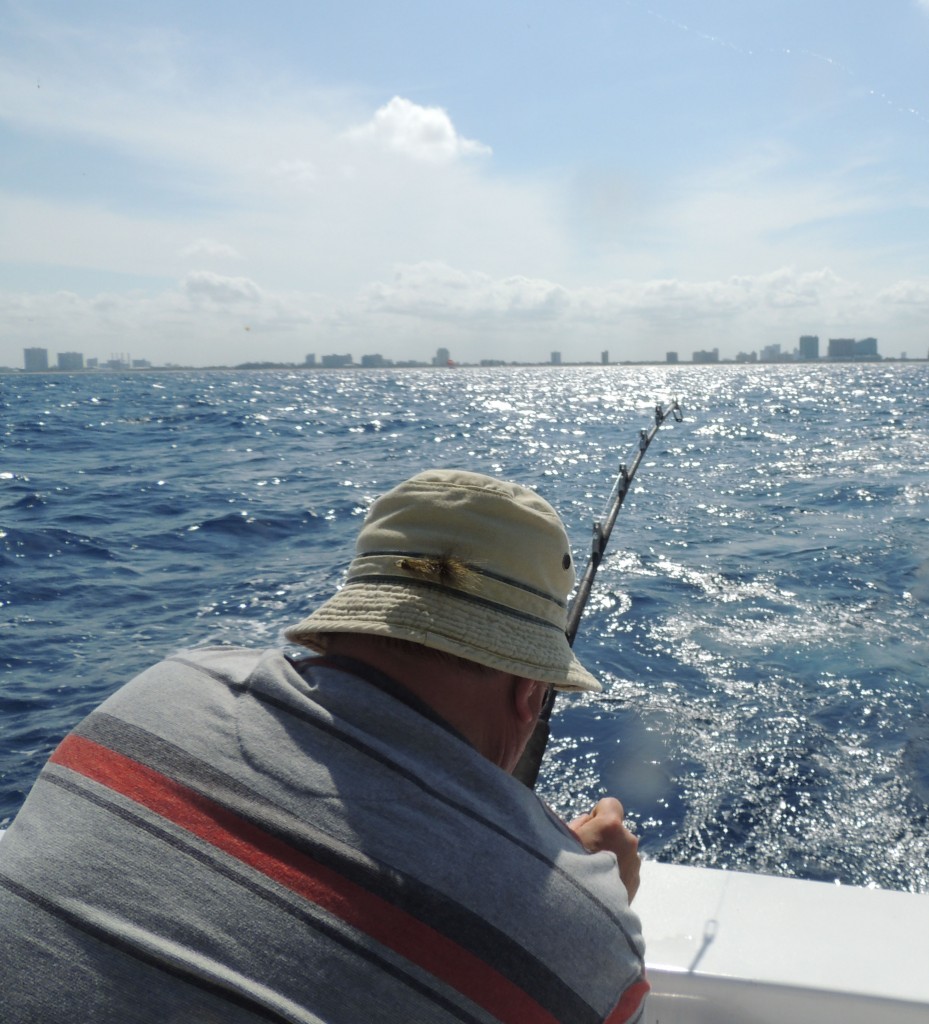 It took an hour and half to catch this big shark, on heavy gear.